All Reeds Load to Gnome

Why you pay the big bucks to live in the five boros: The New York Public Library for the Performing Arts (at Lincoln Center) is curently running Lou Reed: Under the Twisted Stars, an absolutely smashing exhibit and tribute to the late great rock auteur.

And I should know, because I was dere, Charlie, a few weeks ago, for the show's official opening night party. 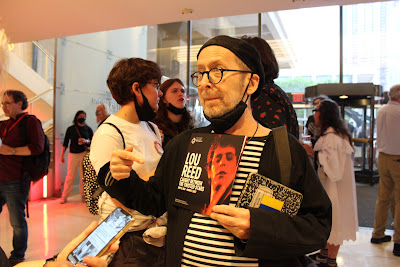 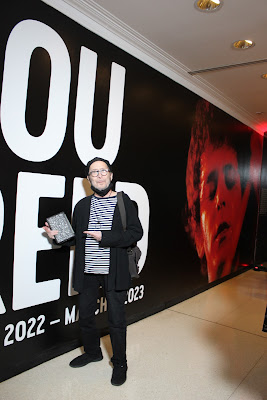 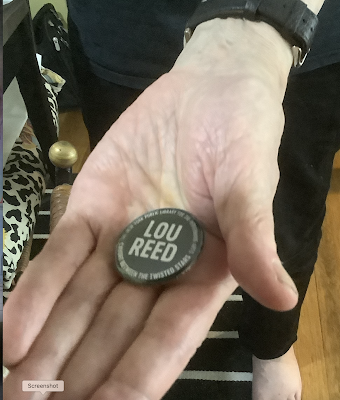 Among the attractions at the show, which runs till March 4th, is a listening room where (including other sonic assaults) you can hear excerpts from Metal Machine Music when it was a work in progress; explore a recreation of Reed collaborator Hal Willner's recording studio; and sample a DJ set of doo wop singles from Lou's record collection spun by Patti Smith guitarist Lenny Kaye. The Library also now features a Reed research archive, i.e. a definitive collection of his lyrics, poetry, correspondence, hand-written notebooks, etc, which was donated by Lou's partner and main squeeze Laurie Anderson last year.

I should add that the opening night-- which was lavishly catered, i.e. with lots of free food and booze -- was the kind of fete that (back in the 70s) I attended, for professional reasons, pretty much five evenings a week. Which is to say that not only was the exhibition absolutely splendid, but as a social event it inspired a certain slack-jawed nostalgia in yours truly. Damn -- I was a really lucky bastard in my days at the Magazine Formerly Known as Stereo Review.

I should also add that I once got to meet and shake hands with Lou at a party the magazine threw (I believe) in early 1973; it was one of our Record of the Year shebangs, and it was among the most awkward experiences of my life. Fortunately, there's a lovely capper to the story which perhaps I'll tell later this week.

In any case, for more info on the show, check out the NYPL's website OVER HERE.

I’d forgotten how funny that is.