All the President's Whatever

No Weekend Listomania today, as previously explained, but fear not, it will return next week.

And in the spirit of Richard Nixon summoned up by that phrase, from 1997 (and their epochal A Sound For Sore Ears collection) please enjoy brilliant beyond words Minnesota wiseguys Something Fierce and the haunting and audacious "Watergate." 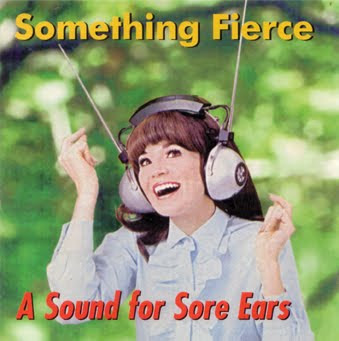 The last time I wrote about these guys, in 2009, it was on the occasion of the imminent release of a fabulous box set CD anthology of their complete oeuvre, an artifact to which I had contributed some liner notes. Speaking of the song in question, I opined that...

"One song [from the set] deserves particular mention...specifically, 'Watergate,' in which [they] posit -- over a hilariously overdramatic instrumental bed -- that A Girlfriend From Hell is the metaphorical equivalent of the Nixon scandals and sustain the conceit for more than five fricking minutes. If nothing else, this must be the first song in history to contemplate rhyming 'spill the beans' with 'Haldeman, Mitchell and Dean,' and I would like to go on record, at this juncture, as saying that this song remains for my money the most audacious conceptual masterstroke on any '90s rock album by anybody. So there."

I stand by the assessment, obviously.

In any case, you can order said best-of box (and the rest of the Something Fierce catalogue) over here. There should be a link to their Facebook page over there as well.
Posted by steve simels at 12:01 AM

I never heard this Barenaked Ladies song before!

Wow! This one leaves me not knowing whether to laugh or cry. And a great guitar solo, to boot!
PK

Hey Steve - if you can find a link to that interview with Emitt Rhodes it would be appreciated.

KP -- I tried, but the magazine it's from is defunct.

Looks like they are playing a reunion show on Saturday. This time, I am personally recording!