Well, it's Friday, and you know what that means, Yes, my Oriental "strokes if you got 'em" aide Fah Lo Suee and I will be heading off to beautiful downtown Ennis, Texas to attend the ceremony in which staunch British Petroleum defender Congressman Joseph Linus "Joe" Barton [R-Corporate Whore], will be presented with the coveted Biggest Asshole in the History of the World Award. Could be a hot one, obviously.

That said, and since things will be a little quiet around here till we return, here's a fun little project for us all:

Best or Worst Post-Elvis Pop/Rock/Soul Song or Record With a Lyric Referencing Jealousy (Romantic or Sexual)!!!

Self-explanatory, I think, and no arbitrary rules whatsoever, you're welcome very much. Okay, a really obvious choice, I know. But I really liked this song (and the album its from) back in the day, and despite the annoying earnestness I've detected with benefit of hindsight, I still do. Sorry. 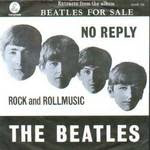 One of John's best, I think, and one of the reasons why, years later, I found his "Jealous Guy" kind of depressingly literal. 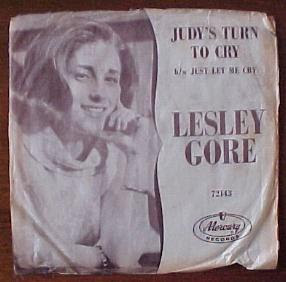 Okay, here's the song's scenario. Narrator Lesley is at a party, and to spite former boyfriend Johnny (who had dumped her in a previous song) she makes out with some other guy. At which point, Johnny jumps up and cold cocks the poor dope. I hate to say it, but Lesley was really a bitch. 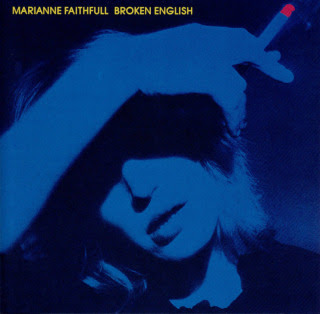 I don't know who the woman who was fucking Marianne's boyfriend in this song was, but I certainly hope she had an unlisted phone number and lived in a doorman building.

These guys mostly put me to sleep, and this song, while okay, is not an exception to the rule. Still, as you know, we like to have something recorded in the current century.

And the Numero Uno ode to the old Green-Eyed Monster is...ohmigod, it's a fricking tie!!! Between... 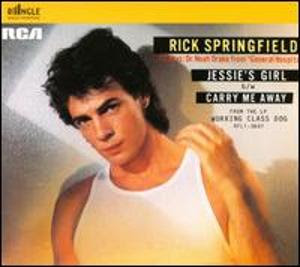 Don't know who said it, but this really is Othello with guitars.

1. Steely Dan -- Through With Buzz 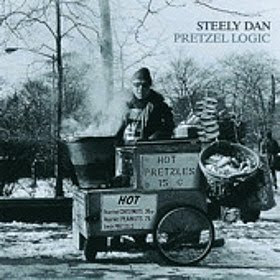 An absolutely brilliant evocation of that latenight moment when you're lying awake torturing yourself by thinking about some other guy's hands all over the thighs of the girlfriend who just dumped you. Funniest line: "Maybe he's a fairy..."

[Shameless Blogwhore: My parallel Cinema Listomania -- theme: best and worst big budget remakes of B-pictures -- is now up over at Box Office. As always, it would show a really nice spirit on your part if you could head over there and leave a comment, despite the clunkiness of the new commenting system. Thanks!]
Posted by steve simels at 12:22 AM

Hey, I like "Jealous Guy" - both the original and the Bryan Ferry cover. I esp. like how Lennon recycles those chords from "Day in the Life." Of course, if you really want to talk jealousy in rock, you'd have to spend several weeks poring through Elvis "Guilt and Revenge" Costello's catalog. My favorite line comes from "I'm Not Angry" - "You're upstairs with your boyfriend while I'm left here to listen / I hear you calling his name, I hear the stutter of ignition..."

And hey! Since it was just his birthday, let's not forget Barry Manilow's magnum opus of overwrought jealousy on the dance floor, "Copacabana"! "There was blood and a single gunshot / But just who shot who???"

"Jessie's Girl" would deserve to be in the lyrics Hall of Fame for its stellar use of "moot." But there's so much more -- including the brilliant use of the "I just know it" in each verse. And then that wonderful couplet about jealousy:

"And I'm lookin' in the mirror all the time,
Wondering what she don't see in me"

I believe Rick Springfield was the sole writer of "Jessie's Girl." Did he ever write anything remotely this good?


My other pick is a paranoid masterpiece by a master paranoid: Lou Christie, and the immortal "If Only My Car Could Talk': "A flash of suspicion, you learned a new way of kissin'."


Honorable mention to Joe Jackson's "Is She Really Going Out With Him?"

Another contender: "Let Him Run Wild" by Brian Wilson and the Wrecking Crew (aka the Beach Boys)...

are among those that pop up in itunes when I filter with jealo.

But without the word Jealous in the title, I just happened to be listening to the new album by The Like today. The lead off track is Wishing He was Dead. A fun little tune that certainly fits the topic, but not an all time great.

Big Star's Don't Lie to Me is pretty rockin. "I know where you been and I know what you been doin'."

When You Find Out by the Nerves is an excellent pop tune.

oww, Mike J just beat me to Liz Phair's "Jealousy", off of Whip-Smart. why wasn't this a hit?
'I can't believe you had a life before me
I can't believe they let you run around free
Just putting your body wherever it seemed like a good idea...'

and, I think you can add Robert Cray's "Right Next Door (Because of Me)" from Strong Persuader. Jealousy from the other guy's perspective...

I can't believe that I left off Nils Lofgrens "I Don't Want to Know."

The greatest song ever written about jealousy from the perspective of a high school kid, and I just realized the guy was only 24 when he recorded it. He really was the last innocent in rock, as somebody said at the time.

"I'd rather see you dead little girl, than to see you with another man."
Elvis, John Lennon (being depressingly literal).

"Did you call his name out as he held you down? I WANT YOU! Oh no my darling, not with that clown. I WANT YOU!"

The Killers ... yeeesh. I liked them for about five minutes. Is that Eric Roberts in the video?

And as for jealousy, how can you forget You Oughta Know by Atlantis Raisinette? :-)

I want you to know, that I'm happy for you
I wish nothing but the best for you both
An older version of me
Is she perverted like me
Would she go down on you in a theatre
Does she speak eloquently
And would she have your baby
I'm sure she'd make a really excellent mother

All I can think of off the top of my head is The Jealous Kind. Joe Cocker did a version. Think it's been covered by a few others.

Oh wait. Do I dare bring up , You Belong to Me or is that too obvious. Did Carly Simon do that one?

Don't kill me for bringing this up but I hear it in the car all the time and for a change it's from this century. That Taylor Swift song. Something like You Belong With Me.

There's also some countryish song they played a lot around here but I don't think I ever knew who did it. Something about this woman who keys her boyfriend's car and smashes out the headlights and slashes the seats because he's cheating on her.

Can't quite remember it, but there some lyric about drinking a frou frou drink cause she can't shoot whiskey.

Proving, once again, that a Smith & Wesson beats four aces, no matter which side of the border you're on.

Down By The River?

elvis costello does a killer version of the old country weeper "sleepless nights" on the gram parsons tribute record. lotta sexual jealousy in ol' gram's oeuvre. such as "hot burrito #5"

steely dan's "everything you did" is a rather too-vivid account of the things that go through a jealous guy's head.

and i still can't believe jennifer dumped me for that limey bastard.

I was always kind of creeped out by "Have I the Right," by The Honeycombs, although the lyrics, which I just looked up, aren't quite as creepy as I remembered. Always sounded like a stalker song to me.

I heard that Taylor Swift song today. I was at the dentist.

and i still can't believe jennifer dumped me for that limey bastard.

Was he a long haired guy from England?

Actually, other Dave nominated Lou Christie - though I've been having a long-running dialogue with one of the Atriots about the spectacular psychological car wreck that is Christie's "Lightning Strikes", a number that would certainly fit in here...

Why are you apologizing for liking that Gin Blossoms song? I think it falls into the category of songs annoying but not embarassing (like most of the Gin Blossoms catalog).

Most of mine have already been mentioned, but how about the Pretenders' Jealous Dogs? I'm listening to it and it's not as good a song as I remember, though.

Is She Really Going Out With Him by Joe Jackson
Superman by R.E.M.
Jilted John by Jilted John
Eye in the Sky by Alan Parsons Project
The Kind of Fella I Am by John Cougar Mellancamp
You Take It On The Run by REO Speedwagon
I Can See For Miles by The Who

Spot on, Dominic, with the Joe Jackson. Running through the comments, I was shocked it hadn't come up sooner.

And, if I'm thinking Lennon and jealousy, I think "Run For Your Life."

I can only aspire to get a registered trademark and registration pending status simultaneously like Trademark Dave! But I did nominate Lou Christie. Christie's songs are full of paranoia in the most endearing teenage way. "If Only My Car Could Talk" might be his most demented (and what a complex and bizarre melodic structure, too), but it started early, with another song with almost as great a title, "The Gypsy Cried": http://www.youtube.com/watch?v=8xLoXd1Cg78

"Lightnin' Strikes," his biggest hit, has an unusual and sick theme: "Stick with me baby, there are wedding bells and bluebirds in our future. But pardon me while I cheat on you because I can't help myself." Mix it together with "Rhapsody in the Rain," where the protagonist portrays himself as a stalker, and you get "Henry: Portrait of a Serial Killer" with a falsetto.

Lou Christie is ubercool (what a great version of "Beyond the Blue Horizon" he did -- pardon cheesy video: http://www.youtube.com/watch?v=sSrYIfMMoRw)

Dominic, thanks, excellent, should-have-been-nominated-earlier choices -
Superman & I Can See for Miles...