If you’re watching Comedy Central’s “Colbert Report” and hear music that sounds a bit familiar, that’s because it is.

The tune that plays at the beginning and end of each show and before commercials is by Rockford rockers Cheap Trick. The power pop band traveled to New York and recorded the original music for the show.

If you haven't seen The Colbert Report, allow me to recommend it (though being old and enciente, I tend to DVR it and watch it the next day). It's edgier than The Daily Show, snarkier, with Colbert ripping on pundits the way Stewart rips on newscasters. Especially worth noting, The Word, in which Colbert's O'Reilly schtick is fully formed, but the captions answer back, questioning him instead of supporting him.

(Remember that Bob Mould did the music for The Daily Show, so there's precedent here.)

(Thanks to preznit giv me turkee for the tip! (and for having one of the greatest pseudonyms on the internets!))

And in honor of Attaturk: 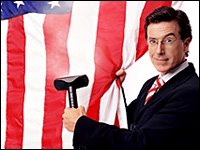 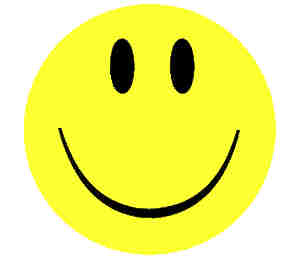 Thanks for the homage.

I love Mould too.