We return to this occasional feature here at PowerPop. 1999's Apple Venus, Vol 1. 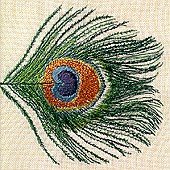 In the early 1990s, something kind of unusual happened: XTC had a hit. "The Ballad of Peter Pumpkinhead" had a video which actually got some airplay, and Nonsuch was buoyed up by it. It's unnecessary to rehearse what happened over the next several years: the arguments with Virgin, the ensuing strike, the years of silence. And then, improbably, the lush, orchestral Apple Venus.

I received this record in prerelease as a gift from sometime commenter Deeptoej, and I'm not sure I've ever seen the real packaging. But in a way, that just stripped down the experience for me, left me with the record and nothing else. Not that it was too hard to suss out what was going on with the record: Dave Gregory was notably absent, even if I hadn't known about his abrupt departure, reportedly around issues of artistic control and orchestration (he had handled orchestral arrangements on XTC's other albums; Partridge seized the reins here). Partridge's divorce (though blessedly not his prostate trouble) is on full display. But what I like, nay love, about this record is its zestful seizure of something that had long been an undercurrent in XTC's lyrical structure: the British pastoral. Andy Partridge "gets" something about the pastoral that few this side of the Wiccans do: its force for power and regeneration. Back on Skylarking, he had dismissed the need for traditional religion on the underrated "Season Cycle."

I really get confused on who would make all this
is there a God in Heaven
Everybody says join our religion get to Heaven
I say no thanks why bless my soul
I'm already there!

Apple Venus picks up that theme and runs with it, including the excellent tunes "Easter Theatre," "Harvest Festival," and most directly, my favorite track, "Greenman."

I want to pause here for a second, because "Greenman" really does encapsulate the pastoralism of XTC, a certain kind of British rural experience that we can see, say, in Tolkein's Tom Bombadil. The Greenman is partly a god of the forest, partly a force for production and reproduction, For XTC, he's part lover, part father. 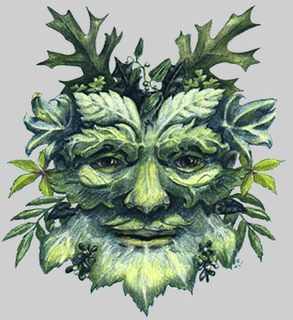 There's even a sci-fi collection.


Apple Venus, Vol. 2 is, of course, the excellent Wasp Star. "The Man Who Murdered Love" also got some radio play, and prompted my then-nine year old to ask why murdering love might be a good thing, something to brag about, to be thanked for. Quite a lively conversation ensued about false emotion, the possibility of pain, etc. But in my heart, AV1 is the more surprising, more crucial record.
Posted by NYMary at 9:34 AM

The Apple Venus discs happily surprised me to pieces. I had little faith in Andy's abilities to pick and record the best material.