The Greatest Ringtone in History

From The Kinks 1966 classic Face to Face. 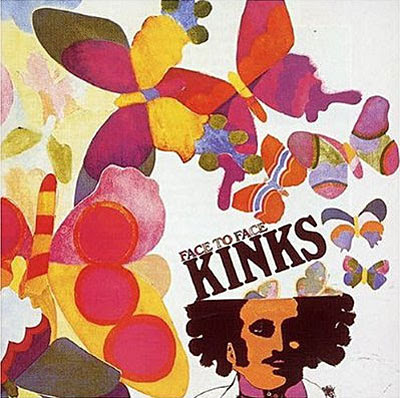 The wonderfully snooty voice on that belongs to Robert Wace, then one of the band's co-managers, and somebody the band apparently took great pleasure in caricaturing as an upper-class twit.

Food for thought: Aftermath (April), Pet Sounds (May), Revolver (August) and Face to Face (October), all came out during the same seven month period. Has there ever been another year when four major bands released four album masterworks within a comparable short span of time?

While I like "Aftermath" more than many Stones albums, I think it's a stretch to call it a "masterwork" -- certainly in the same sentence as those others.

A agree with Simels on Aftermath.

Reading the Kinks special Uncut? So am I and working on something related for Friday.

And don't forget Blonde on Blonde came out in May!

I always thought that was Ray's voice. You sure it's that other guy?

I remember you telling me about this. I think I'm going to use it as my ringtone too, very cool.

All great albums and favorites of mine.Just to think that I was born that year,1966 amazes me.However,there are other good albums from '66 that I could put on the list like Albert Lee and Love's first lp,the 1st Zappa record,Freak Out,Fresh Cream,and Fifth Dimension by the Byrds are but more examples of cool 1966 lps.Budd

"The Kinks Are The Village Green Preservation Society" came out in the fall of 1968 along with "Beggar's Banquet", "The White Album", and "Electric Ladyland".