[From our Department of Why Conservatives Make Lousy Rock Critics: This originally appeared, in a slightly longer version, on Wednesday over at Roy Edroso's invaluable ALICUBLOG. The subject is a thumbsucker about Prince by a loathsome piece of shit named David French, who scribbled it in crayon for the National Review website. The stuff in blockquotes is French; the running commentary is by Edroso. -- S.S.]

Prince died last week, and America overreacted. No, I’m not diminishing Prince’s talent. He was one of pop music’s most gifted songwriters and musicians. As millions shared his more memorable performances, I realized I’d forgotten what a great guitar player and showman he was. He could write hit songs like few others, and he shared his talent freely, “gifting” songs to other artists. In short, he was one of the few pop stars whose fame was fully justified.


You can really feel his pleasure at Prince's work, can't you? You can't? Well, of course not; this is exactly the sort of thing I would write about a NASCAR driver ("I had forgotten what a great NASCAR driver he was... he could turn left like no other") if I were trying to pretend I liked him as a way to win the confidence of someone whose intelligence I didn't respect.

But to spend time on the mainstream and left-wing Internet last week — or to listen to some of the web’s more popular podcasts — you would have thought America lost a national hero, and not merely an immensely gifted artist.

You heathens didn't cry like this when Andrew Breitbart died!

...In our post-virtue culture, we worship celebrity and talent not for its own sake but for ourselves. Their talent is all about us. Their fame is for our amusement. Pop music fills the hymnals in the temple of the self. We are the stars of our own biopic, and we just lost someone who wrote part of the score.


Can't you see how selfish, how narcissistic it is to enjoy music? I mean, music that isn't hymns?

The sentimentality is understandable, given the millions of people who could remember some significant moment in their lives that happened to the sounds of “Lets Go Crazy” or “When Doves Cry.”

Our country doesn’t lack for heroes, but our true heroes certainly lack for fame. Even on the Left’s terms, valorizing Prince for his transient activism disrespects those who spent their lives in the trenches, fighting for their vision of “social justice.”

Hmmm -- I don't remember "the Left" telling me not to mourn Prince; maybe I missed a meeting... but hold on, brother French has taken up a snake:

For conservatives, Prince was ultimately just another talented and decadent voice in a hedonistic culture. He was notable mainly because he was particularly effective at communicating that decadence to an eager and willing audience.


GLORY HALLELUJAH THIS "PRINCE" WAS A VILLAIN IN A CHICK TRACT, MAKING THE KIDS GO A-FRIGGIN' AND A-FRUGIN' WHEN WHAT THEY NEED IS CHEESUS!

...I don’t say any of this to denigrate Prince or his talents.

And I don’t say this to shame people out of listening to music they enjoy, though not all music is worth hearing.


You heathens ever hear Three Doors Down?

Rather, it’s time for a dose of perspective. Music has its place...

...but if our hearts are given to these songs and those who make them, then our lives are unnecessarily impoverished.

And then it hits you -- French isn't just ignorant of Prince, or even just of music -- this poor, twisted freak literally doesn't know what art is. He doesn't know its place in human history, or why human beings invented it, or why it persists even when it doesn't make money or is suppressed. He thinks it's upholstery. He thinks it's some sort of trivial comfort. And he thinks so because he's been taught that all you need are Jesus and Bill Buckley and the pleasure you can take from the suffering of your inferiors, and anything else that has a claim on the human soul, whether it's justice or sex or art, must be crushed lest it steal their thunder. 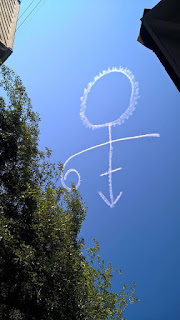 [I would like to add, at this juncture, that Edroso is a genius; on my best days I couldn't have come up with something as hilariously snarky and perceptive. In any case, regular self-penned postings resume on Monday, including a long over-due video roundup. Have a great weekend everybody!!! -- S.S.]

WOW is all I can muster. I'm glad I have no religion.

That was enjoyable. I must be impoverished.

Thanks for reminding me why I don't read The National Review. JeeeeeeeeeeZZZuuusSSSSSSSS!!

To go to the National Review to get insight into contemporary art and culture is like going to realtor to get a lesson on ethics. Sure, you'll get some insight into how some doctrine-based Conservatives think about art and culture, but frankly, contemporary art and culture isn't their specialty. Still, what Edroso wrote was pretty funny. Very funny, actually. But on a serious note, and no matter what French or anyone else thinks about Prince, why the hell couldn't he have waited a bit to spread his good cheer? When a Pol Pot dies? Celebrate. When Kim Jong-Il goes -- or better yet, executed, I'll happily read whatever David French and anyone else has to say. But Prnce? The guy just died, he was only a pop culture icon, a massively popular artist and musician, he never killed anyone, and lots of people liked him. Why can't social commentators with large axes to grind just cool their jets for a while?

And French did post something interesting a couple of days ago that I discovered after reading your post today, Steve. French pointed out that Ted Cruz selected Carly Fiorina as a prospective running mate because she would make the best Trump annihilator out of all prospective running mates. And French's right on this. But then again, even a broken microprocessor clock is right 12 trillion times a day.

By the way, the reason realtors don't have organizational codes of ethics is not because some are unscrupulous. It's because many can't read or write.

A question relating to the coverage of Price's death, although not necessarily this coverage: In all the mentions of Prince as a Jehovah's Witness, how they don't drink or smoke, their views of modern medicine and the medical practices they will or will not countenance, there hasn't been any mention of JWs' views on sex, which according to Wikipedia is frowned on outside of marriage. How did Prince reconcile this view of sex with his frankly salacious song lyrics. Is it the old Marvin Gaye excuse that he's only singing about married intercourse?

I think the only thing one can say with certainty is that Prince, like lots of other geniuses, was also kind of nuts.

I've said this before, but I'm convinced he had a Batpole in his house.
:-)

I'm saddened by what I just read. What a hurtful, insensitive and downright repugnant article. In a representative way, the condescending tone of this piece from TNR shows nothing but the hateful, bigoted and ignorant worldview of this magazine's authors. While I don't know the author's personal religious views, he sure comes off as someone that I would never, ever want to sit next to in a pew. A complete lack of grace, empathy or compassion. He sure wanted to make you, the reader, see just how high and mighty he is because he believes what he does and because he does so, he's entitled to speak his opinions on just how wrong-headed the culture is. I don't even care if I see eye to eye on everything else this author believes in. For just wanting to be nasty and haughty, it is further proof that for people like him, his God is my devil. We lost an amazing talent, and artist and, yes, an inspiration. We didn't ask for, look for or even want a saint. What we appreciated was a man who made us embrace our humanity.

French is a complete idiot. Best for all to ignore him. Irrelevant douchebags are a dime a dozen.