Your Wednesday Moment of Words Fail Me: Special Song of Norway Audio/Video Edition

From 2007 -- and her album The World Famous Hat Trick -- please enjoy the incomparable Vibeke Saugestad and the adorable video of the album's lead-off track "He's Peculiar." 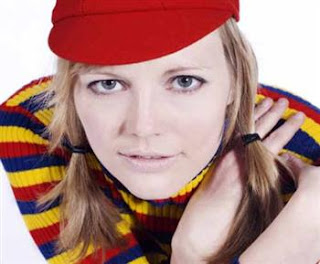 A kind reader hepped me to said video two weeks ago, and I pretty much flipped my lid after about twenty seconds into it; obviously, Vibeke's easy on the eyes (love those white boots!), but she's also a great singer -- a kind of improbable cross between Debbie Harry and Karen Carpenter -- and a terrific pop/rock songwriter. I immediately got a copy of the CD from Amazon -- it's still available there last time I looked -- and as my correspondent had observed, there's not a bum track on it, i.e. everything is damn near as good as "Peculiar."

Anyway, I was looking around YouTube for anything else by Ms. Saugestad, and I chanced upon this song from an earlier album (2003). 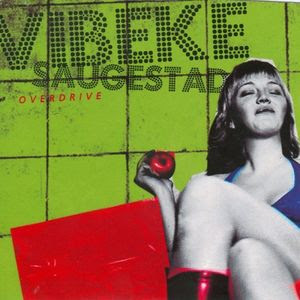 Once again, my jaw-dropped. How something this infernally catchy and lyrically sharp (the kind of make-it-sound-easy pop smarts I thought had gone out with the Brill Building Era) wasn't a world-wide hit is frankly inexplicable to me. I mean, c'mon -- among other things, it's the best "More cowbell!!!" song of the 21st century so far.

Alas, the album it's from -- Overdrive -- seems to be out of print (Amazon doesn't have it) and Ms. Saugestad suggested that I might be able to find a copy if I flew to her native Norway and looked around some Scandinavian thrift shops. That being out of my price range, she kindly sent me a computerized copy (thanks, Vibeke!!!!); let's just say, the music did not disappoint. If you like what you've heard, send me an e-mail and (weather permitting) I'll burn you a copy for your very own.

In the meantime, a special tip of the Hatlo Hat to both my anonymous benefactor and to friend of PowerPop and great Swedish internet deejay Wayne Lundqvist Ford... 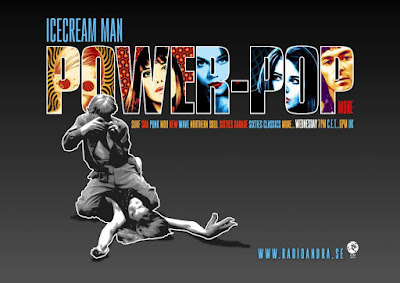 ..for putting me in touch with the auteur herself.

Very nice! I especially like Here She Comes Again. If you would be so kind and send me an mp3 of it I would greatly appreciate it. Thank you Steverino!

Vibeke is really good and I especially appreciate your reference to Jimmy Hatlo.
Try the recording "Mathilda Effect" by The Corner Laughers. Infectious melodies and really smart lyrics. Start by watching the video to "Martha (Cincinnati 1914).

Very good. I like "Here She Comes Again". And totally hot - that's a nice bonus.

A lot of her other stuff is on YouTube. There are some clips of her in the early 90s that are...well, let's just say, it feels warm in here.

She's apparently a really big deal in her home country -- been in a bunch of interesting bands, and very well known.

I'm always the last to hear about this kind of thing...

If you guys have Sirius XM, you can sometimes hear her music on Little Steven's Underground Garage. Steven and the other DJs play a fair amount of Nordic power pop, in fact.

Her pitch perfect voice and delivery reminded me immediately of Bonnie Hayes from the bay area, a sadly under appreciated power pop band around 1982. Check this out: