I Am A Whatever For The County....

From their just released CD Close the Place Down, please enjoy The Linemen and their transplendent "Unconditional". 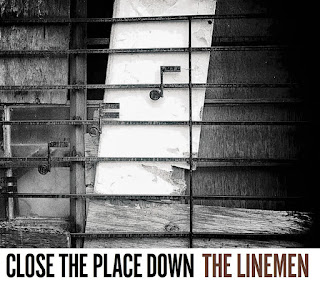 That's written and sung by singer/songwriter/guitarist Jonathan Gregg: I got to know Jonathan back in the late 90s, when he was fronting a band called The Lonesome Debonaires... 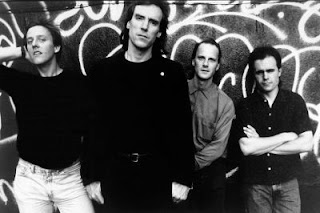 ...who made three absolutely riveting indie albums that I can only describe, however inexactly, as sounding like country-rock meets Television. Jonathan himself was a great frontman, and he was also perhaps the most amazing not world-famous guitarist I have ever seen; think a slightly more idiosyncratic Richard Thompson, at least in the sense of technical mastery and every note is there for a reason concision.

In any case, The Linemen -- whose other principal singer/songwriter Kevin Johnson is no slouch either -- are absolutely great in a similar vein, and you can and should order the album over at Amazon HERE.

I should add that if you're in the area on Sunday night, you should hie thee over to their album release party show at The Bowery Electric.

Which is located at 327 Bowery (duh), in fabulous New York City. Showtime is 7pm. And tell 'em PowerPop sent you.

That song slays me.