Programming Notes From All Over

Friend of PowerPop and my long time chum and occasional bandmate Ronnie D'Addario -- father of The Lemon Twigs and singer of the gorgeous harmonies on The Floor Models' sublime "Letter From Liverpool" -- has a song that can be heard tonight on the latest episode of New Girl. 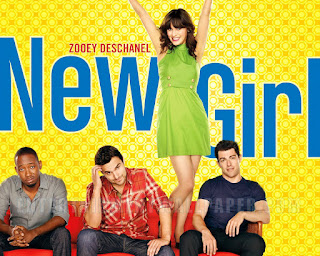 Well, I know I'll be watching. Although I have a small problem with star Zooey Deschanel dating back to her performance in M. Night Shamalamadingdong's execrable 2008 The Happening.
Posted by steve simels at 8:32 AM

Very nice, sounds like it could be a McCartney song.

Wow, that is nice. I was not listening closely at the outset, but as the song says, I was "taken in by you" by the end.

Cool. I knew The Lemon Twigs had to have someone like Ronnie in their back story.