So as you may have heard, a certain Shady Dame and I spent a few days recently in the bosom of the Old South, specifically in the French Quarter in The Big Easy. We had a splendid -- or perhaps splendide -- time, but I must confess I found the place a little odd, despite a lot of really great food.

Herewith, a visual record of our trip, with commentary. [Click on all photos to enlarge]

Apparently people in New Orleans, despite their reputation, have a real work ethic. These musicians in Jackson Square were kicking out the jams at 10:30 in the morning, fer crissakes. 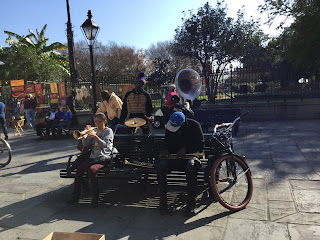 We also learned very early that prehistoric reptiles are big in this burg. 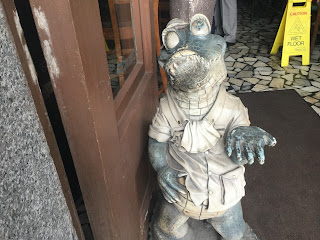 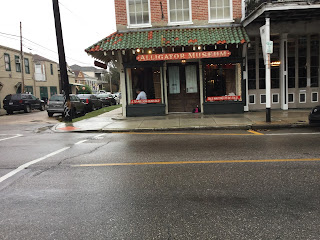 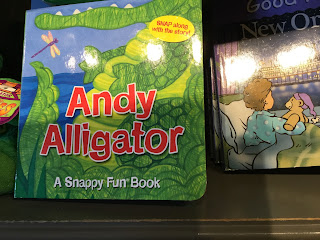 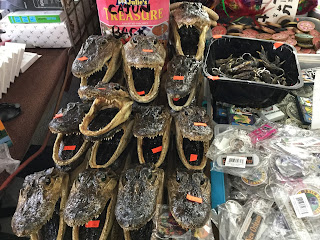 It's a strange town in other ways, too. For example just about everybody is heavily armed and drunk. Seriously, there was a shooting a day within blocks of our hotel the whole time we were there. 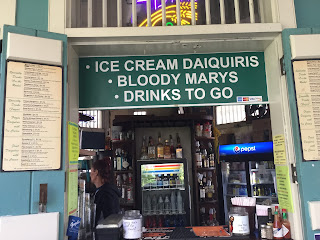 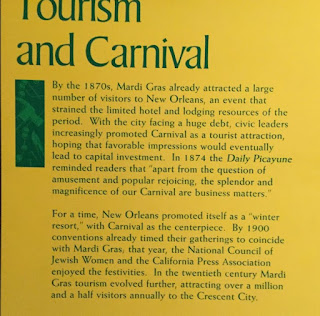 Dead chicken earrings, as seen at an antique store in the Quarter. Words fail me. 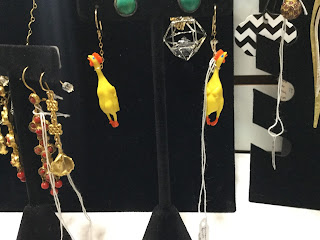 This is the famous Lafayette Cemetery (site of the notorious acid and hookers freakout scene in Easy Rider). Who knew it was also the final resting place of The Fugitive? 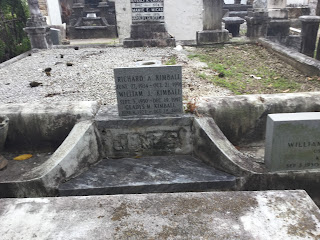 The subject matter of museums in NOLA is surprisingly specific. There's actually a Museum of Death, for example, but I forgot to take a picture of it. 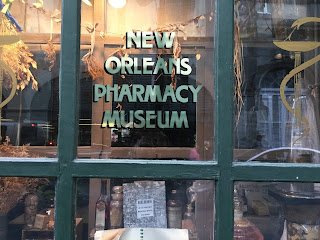 Have I mentioned that the natives really seem to love alligators? 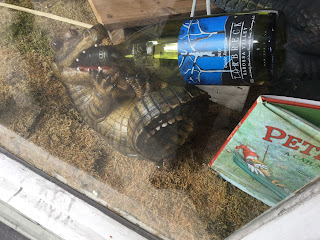 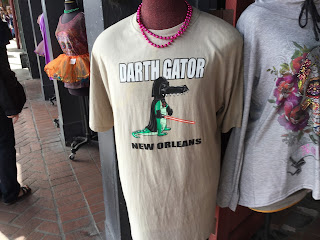 Now we see the violence inherent in the system! 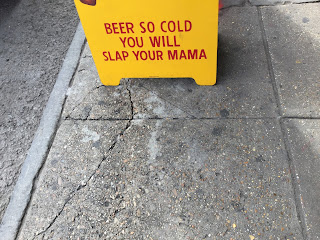 Fats Domino's piano, as it was recovered from his living room after Hurricane Katrina. (This is at the Katrina Museum, by the way, which is devastating). 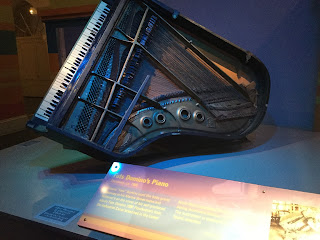 And finally, here's the cab that took us to the Louis Armstrong airport. The door guy at the hotel who hailed it for us insisted that some people refuse to get in it. 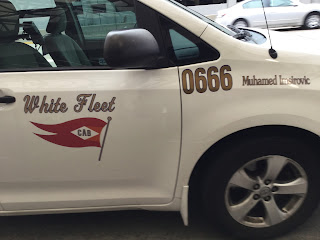 Love the food, drink, and rock and roll in NOLA. A blast.

It's still a very different place from what it was like before Katrina. The difference is, as you point out, heartbreaking.