Your Friday Moment of Lothar Mania!

And speaking as we were yesterday of sort of obscure bands that I was fortunate enough to see live -- how about Lothar and the Hand People? 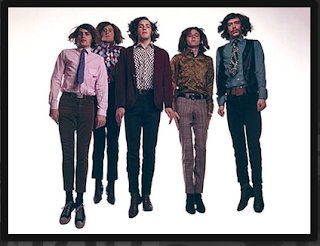 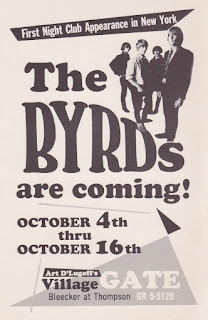 ...and they damn near stole the show. Absolutely amazing band, and snazzy dressers to boot. Don't recall if they did this particular song, but I've loved it since their first album came out in 1968, and it still slays me all these years later.

The folk-rock vibe notwithstanding, Lothar were pretty much the first real synth band, as you can plainly hear from this brilliant should-have-been-a-hit cover of a Manfred Mann track.

Incidentally, it is one of the great regrets of my adult life that no live video footage of these guys exists. But hey -- rock 'n' roll, right?

"Machines" was so far ahed of it's time. Sounds like it could be from the '80's.
I think they caught some flack for the hipnosis inducing guidance on their second lp "Space Hymn".

I remember reading about these guys in Hit Parader magazine. Next time I was in a record store I asked the clerk if they had any of their records. There were no records by them at the time. Not even singles.

Nearly two years later, I was buying the brand new Steve Miller Band "Sailor" LP when I chanced upon their debut in the "L" section. My impulse said yes, but I was cautious. I had a great rapport with the store owner. Me and Sandy and our friends used to hang out there after school. I told him I wanted a money-back guarantee if I wasn't satisfied with the Lothar purchase. He agreed since he would just re-shrink it if I brought it back. But I didn't. A coupla songs grabbed me right away. It was a pretty good album. On initial listening, I dug "Machines," "Sex And Violence" and "Kids Are Little People". They made it worth keeping even if it wasn't as trippy as Silver Apples or Anthem of The Sun.

Just curious as to what they sounded like live in late 1966 opening for the Byrds. Their early 45's are pretty popish and lightweight, probably due to Dick Weissman's production. Nick Venet did a much better job with the Hand People debut LP.

It should be noted that in 1977 Amazing Kornyphone Records issued a 14-song pirate compilation taken from both Capitol LP's, which, at the time, were pretty tough to find. But the bitches forgot "Kids Are Little People" and went with "Woody Woodpecker."

They did an arrangement, keyboard dominated, of "Its All Over Now" that was genius. Various bands I was in cribbed it for years. I asked them about it over at their website, and I was told that no recording of it has survived.

A pity. Would love to hear that band in a live setting during that time frame.

Those Byrds shows at the Gate were a big deal. Columbia not recording them was pretty stupid. I remember McGuinn doing an interview on one of the big AM stations in LA at the time. He was hyping their current Whisky gig which was just prior to going to NY. He expressed his nervousness about their upcoming first real proper gig in New York. Especially since the Gate was a jazz joint and he felt they had to live up to a higher standard. Crosby, who was also supposed to be at the station, was a no show for the interview. Out sick.

BTW, that aforementioned 14 track pirate compilation of Lothar and the Hand People on Amazing Kornyphone was entitled "Spores." It was not a big seller. But it wasn't supposed to be. Just a limited run vanity project by one of the crew to punctuate the end of that label, as was the Bonzo Dog Band's "Loose Caboose". Probably quite collectable these days if anyone cares.

The Byrds no longer had Gene Clark when you saw them, right?

The Byrds were the quartet incarnation -- this was right after 5D but before Younger than Yesterday.

I was sitting third row center (or thereabouts) for the show I attended. In the booklet from the first Byrds box set, there's a photo of one of the shows, and I'm pretty certain you can see the back of my head.

Yeah, I know the time frame, but was asking because during the Whisky run prior to the Gate, Clark filled in for the ailing Crosby. Some say he was trying to rejoin the band at that point. I don't think so. Probably just a favor, although Gene's first band went kaput around that time. Just wanted to make 100% sure Clark wasn't present.

Like the Springfield, the Byrds were a lot easier to see if you lived on the West Coast. I saw the original incarnation open for the Stones twice. That was very early on. They also, along with The Kinks and others, opened for the Beach Boys at the Bowl that year. Even my swingin’ mom and dad saw them at The Trip with The Butterfield Blues Band a bunch of times.

My mom took me, Sandy, my cousin and our good friend Audrey to see them at The Carousel in West Covina. That was a blast. We ditched school for the rest of the week. We shopped all day at the Eastland Mall and flirted with guys. I bought a few albums in the May Co. record department: Best Of The Animals/Dave Clark Five's Greatest Hits and If You Can Believe Your Eyes and Ears. Plus the Spencer Davis single, "Keep On Running."

Then my mom took us to this store that had french bras which passed for naughty at the time. She bought all of us some. She jokingly referred to us as The Butter Cups. Our advanced development brought us together and ensured our lasting friendships. We knew stuff other girls our age didn't have a clue about.

After that, we saw the Byrds. This was still with Gene Clark. "Set You Free This Time" was their current Top Twenty single. To me Gene was the sexiest Byrd. Michael was a cutie, but Gene was the masculine one. I loved his facial features, his nose. He was sexy. And, even then, I was corrupted enough to fantasize about what a ravaging stallion he would be in bed. I would have soooo let him get my cherry. And he didn’t even have to be gentle. He could hurt me till I liked it. I wanted his flesh under my nails.

My dad met us at showtime. He booked us adjoining rooms at a local mom & pop motel through the weekend. The girls' room had two king-size beds. Even though it was kinda cold outside for California, the pool was heated and we swam until 2 in the morning. I smuggled some of my parents' wine in my overnight bag. We got a buzz and took turns modeling our new bras for each other and really vamped it up. After that, we broke into my cousin's brandy and giggled at the never-ending orgasmic sounds of my parents fucking through the wall. Such animals. The things my mom said. Man, were they healthy.

Over the weekend there was a battle of the bands at the local park band shell. We met a lot of cute older guys and exchanged phone numbers. Always a sucker for dark meat, my impulsive cousin hooked up with a good-looking Hispanic dude. He was the lead singer/guitarist of a band from Pomona. He looked amazing with his shirt off. Great guns and tattoos. And he filled his pants nicely too.

He took her out to his pickup and they sat on the tailgate getting acquainted. He played his acoustic guitar and sang between kisses, while she fondled him where it felt the best. Pretty soon he was playing a game in which he would shoot reds and yellow jackets in her mouth with a rubber band.

I don’t know how many downers he fed her, but eventually she was barely conscious. There was talk among band members, whether serious or not, of pulling a train on her. The rest of us got her the hell away from his truck. We fed her a dime of whites which we scored from the drummer of a band from Monrovia. We had to get her presentable for my parents who were picking us up for dinner a bit later. She wasn’t exactly hungry when we got to the restaurant. Nevertheless, she politely forced herself to eat most of her seafood. For better or worse, all of us made it back with our virginity still intact.

All in all a fuckin’ tits weekend. And the radio was previewing the new Beatles single too. The world was at our command.

Just imagine how awful this would be in person!