Today We Are a CD!

Hey, I know it's an obsolete format, but the disc version of the reissue of my 90's band's album masterpiece (superbly re-mastered and with bonus tracks) is now available for purchase. 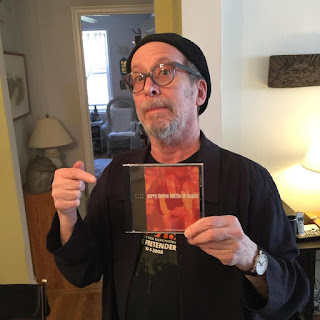 It's been downloadable since last December (iTunes, Amazon, and the rest of the usual suspects including Spotify, whatever that is) but the actual CDs are finally at our distributor; you can order the physical copies at CD Baby over HERE.

And because I love you all more than food, here's what was the concluding track on the original 1995 version. I think it's freaking killer, but obviously I'm prejudiced.

The aspect ratio of the video is totally fucked up on my hand held device. Do we know why?