[As some of our long-term readers may be aware, I am still on the mailing lists of various video companies, who -- inexplicably but generously -- continue to send me freebie copies of their new releases. Herewith, a brief consumer guide to the most recent discs that have crossed my desk; unless otherwise noted, I viewed all of them on DVD. Enjoy. -- S.S.]


1. Murder on the Orient Express (ACORN)

From the Poirot tv series, this remake from 2010 is considerably darker and less fun than the Sidney Lumet-directed '70s version, and it takes liberties with the source material in terms of back story that not everybody will dig. Still, the period detail is smashing, David Suchet remains the definitive Poirot, and Eileen Atkins as Princess Dragimiroff (the role played by Wendy Hiller in the original) is absolutely sensational. I await the new version with Kenneth Branagh (in theaters today) with breathless anticipation.

I haven't liked a superhero/comic book movie since the original X-MEN, and Zeus knows this adaptation of the (frankly, quite silly at times) DC superlady franchise was fraught with peril (by which I mean it could easily have been an unintentionally funny camp piece of crap). 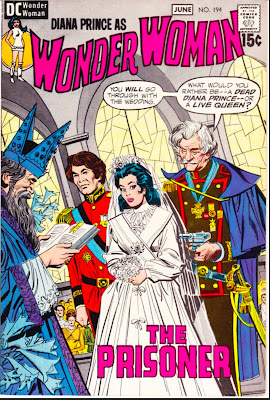 Against all odds, however, the thing works like a charm. Backdating the story to World War I was a brilliant idea, and the chemistry between stars Gal Gadot (hubba hubba) and Chris Pine is sizzling. Yeah, it runs out of steam with a cliched climatic super battle (David Thewlis in a devil costume? Seriously?) but until then Wonder Woman is old school Hollywood storytelling at its most entertaining.

3. Rumble: The Indians That Rocked the World (KINO LORBER)

AKA the secret history of Native Americans and what we refer to as the rock-and-roll field. Fantastic stuff, and not just because of the Link Wray footage. Nobody interviewed in the thing says it, so I will: Play this film loud.

4. The Lost City of Cecil B. DeMille (RANDOM MEDIA)

The true story of a magnificent obsession: one man's quest to find the sets for DeMille's 1923 silent version of The Ten Commandments, which were buried in the California wilderness no one knew precisely where. The fact that this is an actually real thing boggles the imagination, and if the film's ending doesn't make the hair on the back of your neck stand up you probably need medical attention.

Have a great weekend, everybody!
Posted by steve simels at 8:53 AM

Go watch Mike Leigh's Naked, starring David Thewlis, and pretend it is the secret origin story of his character in Wonder Woman;>

I've been fascinated by the DeMille story for a long time. That's one I've got to see.