Weekend Listomania (Postscript): Special Rock is Here to Stay, But Nobody Tells Me Where -- I Don't Have the Room Edition

So as you may recall, we ended last week with a Listomania whose theme was THE GREATEST COVERS THAT NEVER WERE!!!

I.e., some really fabulous song(s) you'd really like to hear some favorite artiste -- solo or group -- perform or record, but so far they haven't gotten around to it (the bastards!!!).

And commenter J. Lewellen came up with this brilliant idea (amongst some others -- check the Friday post for the rest of them).

...should be assaulted by The New York Dolls.

You know, the guys who did this affront to musical dignity.

I should add that I actually saw Jerry Lee -- before his big country comeback, after being disgraced as the Roy Moore of his generation -- live in 1965, at Waukegan (Illinois) High School. 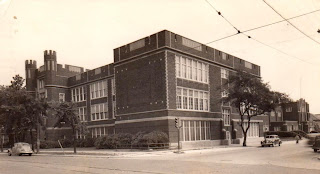 There were maybe fifty or sixty of my fellow college hippies in the audience, as well as maybe another 100 angry greasers. It was the most exciting rock show I had ever seen up till that point in my young life, and very few I've seen since then have even came close.
Posted by steve simels at 7:47 AM

Thanks for the shoutout, Steve.

Considering '65 wasn't all that long after his legendary night at the Star Club, I can only imagine how manic the Killer still must have been onstage.

Let's just say that there was a lot of...attitude in that room.
:-)

A bit tongue in cheek, but here are mine -

Bob Dylan, encore..."Stuck In The Middle With You" (Steelers Wheel)