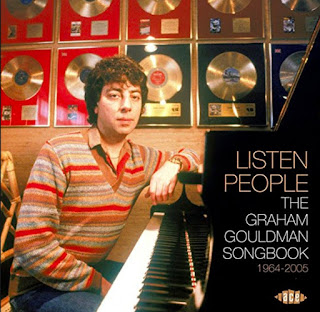 ...please enjoy (and I can't believe I'm saying this) Rush and their pretty fucking cool cover of the Yardbirds/Gouldman classic "Heart Full of Soul."

I somehow managed to miss that Rush album when it came out, but it's also got some pretty respectable covers of the Who, Love, Buffalo Springfield, and even another Yardbirds song. I still can't say I'm a Rush fan -- although I love "Take Off" with Bob and Doug McKenzie -- but I'll give them this, they obviously have pretty good record collections.

More Gouldman stuff -- that you probably haven't heard -- on the morrow.
Posted by steve simels at 8:46 AM

Not bad. Not as menacing as the Yardbirds version.

I really liked 10cc back when also.

How about something wonderful tomorrow? A GG interpretation worthy of the man!!!!!