So Friday last, when I posted that Marc Jonson song he wrote and performed in tribute to the late Pat DiNizio of The Smithereens, I had one of my increasingly rare moments of self-aware insight.

To wit: That every time I start to get a little big-headed about music by one of my various bands over the years that...well, that frankly I really need to listen (or re-listen) to stuff made by many far more talented friends and acquaintances of mine and -- frankly -- get over myself.

Which leads me, for reasons that will soon become clear, to my chum Marc Platt. 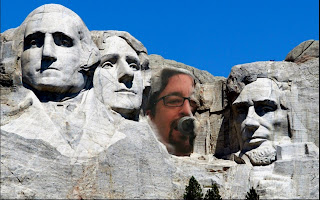 Marc fronted a punkish mid-80s Los Angeles power pop band called The Real Impossibles, and a compilation of their stuff came out on Zero Hour Records a few months after the Zero Hour release of Floor Your Love. Which made us label mates, of course. I had never heard of the band until the CD, but it knocked me out, and we struck up an intertube friendship, with me mostly telling him "I'm not worthy! I'm not worthy!"

...that absolutely kills me. I think comparisons to The Plimsouls are not implausible, and for my money the whole CD is great; you can order it at our mutual label's website HERE.

I should also add that Marc is an extremely accomplished music scribe and the author of the fab (obviously) E-book How the Beatles Did It, which you can and should order at the link right here. (Have I mentioned I hate him?).

But enough of the history lesson.

The bottom line is that Marc has a new album about to come out. The concept of which is self-described by its auteur as "One man lo-fi garage band." 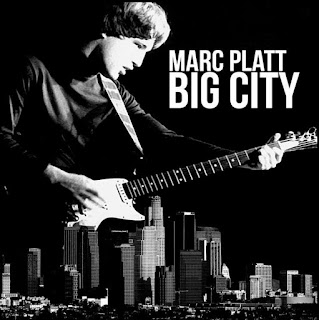 Hey -- works for me. As you can hear from this representative track -- a swell re-imagining of The Stones' classic "The Last Time."

And here's a fun video for another of the songs. (Obviously, any excuse to ogle Louise Brooks is alright with me, folks.)

In any case, the album drops, as the kids say, on April 9th on iTunes and everywhere. When it does I'll be back with a proper review of the whole shebang, but in the meantime, I thought you oughta know.

BTW, have I mentioned that there's a Facebook page devoted to the album?. And that the album also features a very cool cover of a Flamin' Groovies classic on it? Well there is, and it does. So there.

A great video by the Real Impossibles that ran on MTV. Those guys were the epitome of LA cool.