Loud Noises Say So Much

Finally -- a documentary about the only rock band that matters. 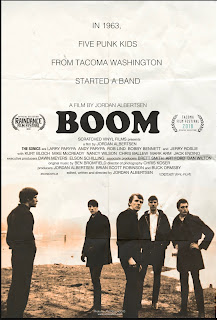 The film premieres September 30th 2018, in London at the Raindance Film Festival. No word on when it will be released on home video, but obviously we'll keep you posted.

Oh, and BTW, if you don't know why The Sonics are beyond awesome...

The Sonics' version of "Have Love Will Travel" is just ucking futsnay. It's neck and neck which I like better vs the Paul Revere & The Raiders version on Mojo Workout.

I"m partial to "Cinderella" myself.

My vote is for Bad Betty!

Richard Berry’s original of “Have Love Will Travel” is pretty good in a laid-back way, but the Sonics just owned the song. Between them, the Wailers, the Kingsmen, Paul Revere and the Raiders...what the everlasting fuck was in the water up there??!!

I don't know what's in the water up here but I been drinkin it all my life. DG