Your Monday Moment of "We've Got Trouble!!!"

Attentive readers with long memories may recall me yammering about pioneering L.A. glam pop band Christopher Milk on earlier occasions, most often in the context of their swansong, a fabulous failed single cover of Terry Reid's "Speak Now or Forever Hold Your Peace,” which as they say should have been a goddamn hit. 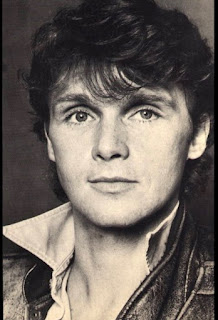 ...is a Facebook chum of mine, and a few weeks ago -- during a discussion of original cast albums of Broadway shows (occasioned by my remarks about seeing Hamilton) -- he let it drop that back in 1987-88, he had recorded a shall we say highly rhythmic version of "Trouble," the classic patter song from The Music Man. As he told me: "I learned that song when I was 8, launched into an angry rapid-fire version of it at the Whiskey in 1972 when Ralph [Oswald, Christopher Milk's guitar player]'s amp blew up, and was reminded of it again the first time I heard rap."

I found this intriguing, obviously, and Kirk was kind enough to share the track with me. Give it a listen, won't you?

Okay, I won't go quite far enough as to say that it too should have been a goddamn hit, but it's, er, memorable nonetheless.

I should add that Christopher Milk's sole album, the charmingly monikered Some People Will Drink Anything, which is splendidly produced by Chris Thomas (of Procol Harum and Pretenders fame)... 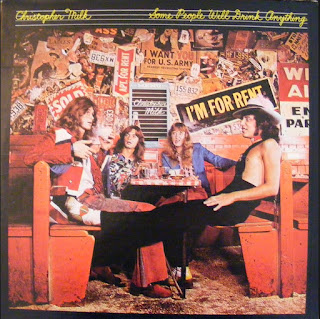 ...has finally been reissued, and can be streamed (or purchased on vinyl) over at Amazon HERE. Act now.

Okay, that made me laugh.

I like Christopher Milk's "Speak Now" better than Terry's but not as much as Cheap Trick's (My first exposure).

Can't everyone recite this by heart? I don't know about you, but that's how I spent 1963. And I can still nail it. Not a lot of call for me to do that, true, but sometimes I slip it casually into a gathering. A rough validation always follows. But sure, the ensemble voices I don't mess with, because not insane, just committed.