Walk on the Respectable Side

It's been a fairly hectic couple of days, and I just realized I forgot to post about the most fun I've had in ages.

To wit, attending -- last Friday -- the opening celebration for the Lou Reed Archive at the New York Public Library at Lincoln Center. 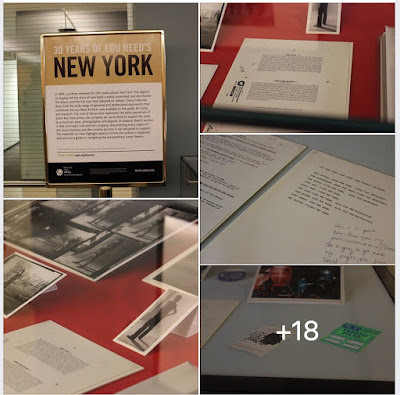 The ostensible focus of the event -- which was the swellest press party I've been to since my Stereo Review days -- was the 30th anniversary of Lou's New York album; as you can see in the above photo, among the artifacts that Lou donated (with the help of his wife Laurie Anderson, who spoke at the party, and was as charming and funny as one could have hoped) was the script for an (alas) never made film version of that album's "Dirty Boulevard."

Which would have been directed by Martin Scorsese(!) and starring Johnny Depp(!!). Words fail me.

I should add that part of the evening's festivities was being able to get a limited edition NYPL library card with the iconic Mick Rock photo of Lou. 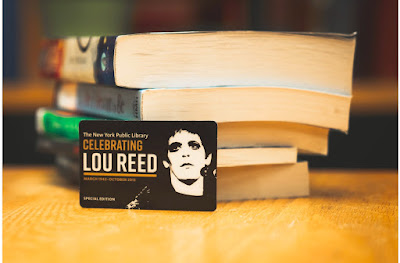 A certain Shady Dame of my acquaintance stood on line and snagged one, I might add.

For information on exactly what is in the collection -- which I guarantee will blow your mind -- check out NYPL.ORG/LOUREED. I should also add that stuff like this is why you pay the big bucks to live in New York City.