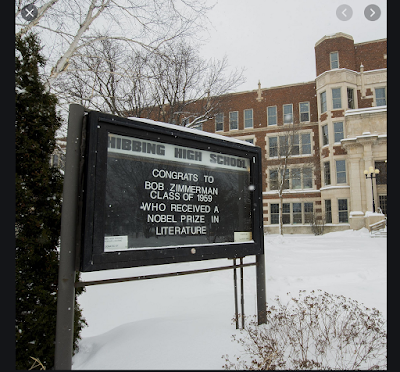 ...totally deserved the Nobel Prize he got.

And I'll tell you why I think so, from an admittedly personal perspective.

To begin with, attentive readers should be aware that I have been working on (and am close to completing) a Byrds tribute album by my band The Floor Models (along with special guests.) 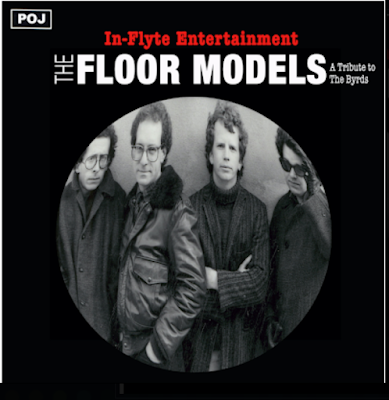 And here's the most recent track -- my old colleague/lead singer Gerry Devine and his gorgeous solo version of "Chimes of Freedom."

I had not, originally, planned to include the song -- written by Bob Dylan, obviously, and covered by The Byrds on their life-changing (to me) debut album -- but a couple of weeks ago it occurred to me that it was even more relevant to the world in 2021 than it had been back in the day. In that regard, I give you the lyrics, which should make the point.

Far between sundown's finish and midnight's broken toll We ducked inside the doorway, thunder crashing As majestic bells of bolts struck shadows in the sounds Seeming to be the chimes of freedom flashing Flashing for the warriors whose strength is not to fight Flashing for the refugees on the unarmed road of flight And for each and every underdog soldier in the night And we gazed upon the chimes of freedom flashing.

Even though a clouds's white curtain in a far-off corner flashed And the hypnotic splattered mist was slowly lifting Electric light still struck like arrows, fired but for the ones Condemned to drift or else be kept from drifting Tolling for the searching ones, on their speechless, seeking trail For the lonesome-hearted lovers with too personal a tale And for each unharmfull, gentle soul misplaced inside a jail And we gazed upon the chimes of freedom flashing.

Starry-eyed and laughing as I recall when we were caught Trapped by no track of hours for they hanged suspended As we listened one last time and we watched with one last look Spellbound and swallowed 'til the tolling ended Tolling for the aching ones whose wounds cannot be nursed For the countless confused, accused, misused, strung-out ones and worse And for every hung-up person in the whole wide universe And we gazed upon the chimes of freedom flashin

And in case you didn't get it, those lines about unarmed refugees/innocent people in jails are even MORE applicable to contemporary culture than they were when Dylan wrote them.

The larger meaning being -- if Dylan had never published anything but the above, which is the very definition of "gorgeously poetic", he would have been entitled to that award from the Swedes.

Damn, I can't wait till this record is finished.

Are you familiar with Springsteen's live version? He gives it the full E Street Band treatment.

The Springsteen version is one of my all time favorite things.

I'm with you, Steve. When it first came out, I remember playing it on a continuous loop.

I remember seeing Bruce and band perform this song on the Human Rights Now tour in the late 80's. Many in the audience were trying to sing along, but missing about half the words. It was fabulous.

McGuinn was to Dylan what Maxwell Perkins was to Fitzgerald, what Gertrude Stein was to Hemingway, what Gordon Lish was to Raymond Carver. Several of the verses in Dylan's original are embarrassingly bad. McGuinn cut the thing pretty much in half and left us with the towering text we all love.