From her about to be released new album Get Out of Your Own Way (which is, BTW, her first solo record in 20 years)... 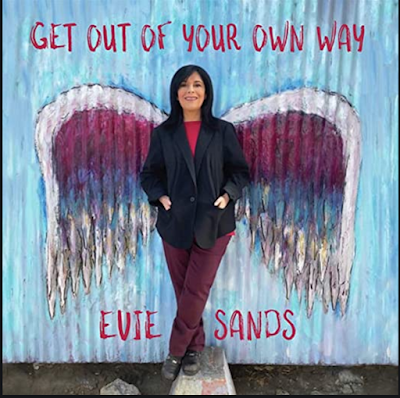 ...please enjoy the incredibly great Evie Sands and "The Truth is in Disquise" over at Soundcloud HERE.

Attentive readers will recall I wrote about Evie's last solo album back in 2012.

But if you don't know her work, Evie did the original version of this classic (more familiar from the hit cover by The Hollies). Among several other great ones.

...which just blows me away.

In any event, it's totally mind-boggling that an artist as, shall we say, veteran as Evie has just made the best single I've heard this year.

Meanwhile, you can -- and should -- order the CD over at Amazon HERE. They also have a vinyl version, if you're so inclined.

Have I mentioned that she's originally from Brooklyn?

Love the sound of the guitars! And it says in SoundCloud that she is playing them. Tasty!!

The track kicks ass. Gonna have ta get the album! Her last album (Women in Prison) was very very good. I can't believe it's been twenty years.

Good song! Here's another golden oldie that should have been a contender:
https://www.youtube.com/watch?v=ItOmbAkKjs0

M Sharp -- that one's great. Thanks for the heads up.

Her version of “Take Me For A Little While” makes grown men cry - at least I do, and you should too. Majestic and achingly vulnerable.