It's Mike Nesmith Week: Part V -- Propinquity Isn't What It Used to Be, But What Is?

Pretty nice, no? But by way of comparison, from the about to be released Dolenz Sings Nesmith album, here's Micky's remake -- re-imagined by producer/arranger Christian Nesmith (Mike's kid, natch) as a flat-out rocker that wouldn't have been out of place on Tom Petty's Full Moon Fever.

Damn, that's good, and I can't wait for that CD to arrive at Casa Simels so I can hear the rest of it.

Oh, and BTW -- in case the cover art to Micky's album looks familiar, that's because it's a sly homage to this... 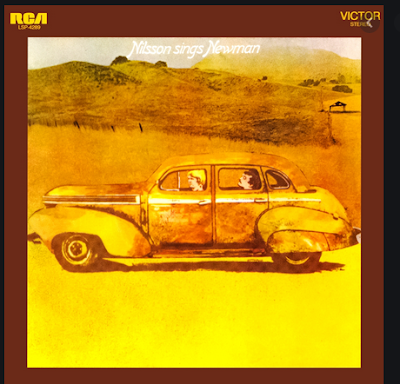 ...i.e., Nilsson Sings Newman, one of those indisputable pop masterpieces that belongs in everybody's collection.

Oh, and have I mentioned that Jann Wenner can go fuck himself with a rusty chainsaw?

That's a nice slice of power pop! Their "Good Times!" album from 2016 has several songs that, in a different age, would have become massive hits and found their way onto radio playlists for decades.