Okay, I've said this before, but this death shit is really starting to piss me off. 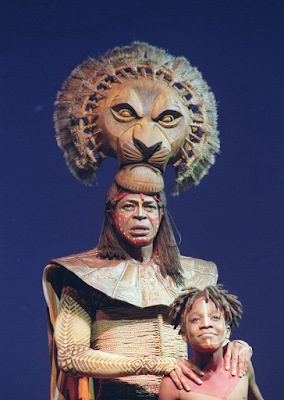 I was fortunate enough to attend theater school -- at CW Post, of all places -- with Sammy. I can only say this; I have been lucky in my life to have known and worked with many brilliantly talented people in various areas of the arts, but Sammy was without question the most talented of them all. Right out of college, he was the original Judas in the Broadway version of Jesus Christ Superstar (he got me into the opening night cast party at Tavern on the Green, which is a story I'll tell you some day if you get me drunk).

After that, he went through a phase of his career where -- and this was practically a running gag among people who knew him -- he was either understudying or replacing Ben Vereen in various hit shows, including Pippin (that was actually the only one). And after that he did a season on television as co-star of The Dukes of Hazzard spin-off Enos.

And then, of course he was the voice of Sebastian the Crab in The Little Mermaid, (so if you have kids, they probably love him) and most recently he originated the title role of The Lion King on Broadway.

I mean -- give me a fucking break.

You can read more about Sammy over HERE, but here's the short version as told by the man himself.

I should add that most of the Yiddish I know is stuff he taught me, and he grew up in South Carolina.

Have I mentioned that this death shit is really starting to piss me off?

I'm sorry for the loss of your friend. He was obviously a prodigious talent.