Byrds of a Feather

So as attentive readers are aware, I've been in an avian mood of late, for obvious reasons. And as I noted on Tuesday, Byrds founder (and architect of their sound) Roger McGuinn just turned 79.

On a less happy note, the great bluegrass fiddler Byron Berline (a frequent Byrds collaborator) passed away last Saturday. And on this day in 1973, the Byrds great guitarist Clarence White was run over and killed by a drunk driver as he was loading his amp into the back of his car in the parking lot of The Troubador.

In their honor, I thought I'd repost something I originally put up last year. To wit: through the miracle of studio magic, a recording of me playing bass and singing with those guys on their classic "Tulsa County." 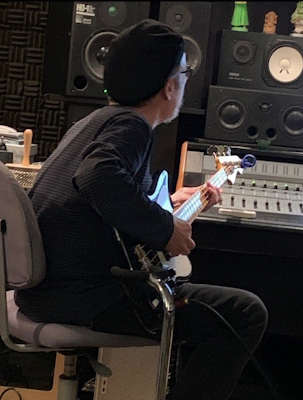 For those keeping score at home, I found an incomplete Byrds version of the song on YouTube, and thought it would be cool to dub my parts on to it. It was originally gonna be included on the just released Floor Models Byrds tribute album -- now available on various digital platforms, with Amazon coming any minute now -- but ultimately we thought the legal hurdles would be insurmountable. And also that it might piss Roger off.

In any event, enjoy. And may the surviving Byrds fly forever.

Just watched a documentary about the
Troubadour on Axia Channel last night. Too short
rob