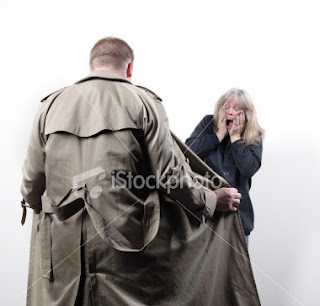 I, too, had my fill of Eddie Money in the 80's. But he was a good godfather to a lot of powerpop bands, particularly 20/20, and so he shouldn't take too much slagging here.

But it got me thinking about how much damage overexposing a band can do. Decisions about radio play and other forms of publicity are increasingly made by smaller and smaller numbers of people: many young people who aspired to be DJs have left in disgust at the miniscule amount of creative control they actually have. (And now that Mitt Romney owns ClearChannel, I'm sure that will get much better.)

When a song is in heavy rotation, it's often played as much as once an hour. For someone who has the radio on at work, that's eight or nine times a day this thing comes on. You get sick of it. But that skews your response to it, too. It's hard to strip away the associations of a song and remember how it hit you that first time.

(Jesus fuck, Janeane was young! And I swear to Ba'al this has never ever occurred to me before, but we're supposed to hear "My Winona," aren't we? Huh.)

Now objectively, it's a great song. Yeah, it's unusual and innovative to have the rhythm line be the hook, but it totally works on a level of composition, and its earwormy nature ought to be a plus.

But who among us is not fucking sick of this song?

And I'm not defending "Take Me Home Tonight"--far from it. But if "Two Tickets to Paradise" can't get some love, we might as well pack it in and start listening to Radiohead.

So I ask you: is it ever really possible to hear an overexposed song as though it were the first time?
Posted by NYMary at 8:22 AM

yeah, with a very clever remake by another band that gives it a completely different take.

I guess right now would be a good time to give examples...i just haven't had enough caffeine to think of any.

I'm not sure if this proves your point or not, but --

When did I decide this song was great?

Actually, I hated it back in the day. I didn't realize how good it was until I got the movie soundtrack in the 90s and read about the audio restoration for the film (apparently, the master tape was on crappy stock that was practically crumbling before they digitally saved it for the film).

Anyway, I put the headphones on and just swooned. A monster groove, even if the lyrics were dopey.

The late Bruce Gary was an incredible drummer, IMHO.

I pretty much gave up on radio back in the late '80s. After something like 10 years I heard "Layla" (the real version, not the wimped out acoustic) and realized, "Wow, this is a great record!"

yeah, with a very clever remake by another band that gives it a completely different take.

Here is your apt example

The Kenosha Kid is a very sick person.

But he's got a point.

I'm not sure, in the case of My Sharona anyway, I'd go as far as to say I can listen to it as if I was hearing it for the first time. But, sure, after a period of not hearing it all that often for years, you can hear what made the song the monolith it was. That riff was addictive, the guitar solo really burned, and, as Steve indicated, the drumming by Bruce Gary was killer. For I'd say about a month or so, the band and the song were the cool power pop/new wave band and song of 1979. Then the AOR stations picked up on it and started playing it as often as they were playing Boston and Foreigner. Then the arrogance of the band came to the forefront--the still-irritating cover photo for the Get the Knack album, the almost as irritating use of the old Capitol records logo on the disc, the sexist attitude of most of the songs, and so on. Their cool factor disappeared in the time it took to make up the phrase "Nuke the Knack". Those memories do remain every time I hear that song, but, only hearing it now and then, it sounds cool enough.

As a teacher of high school students aware of their tastes in music sometimes I feel the future of Pop is with groups like the Polysics. I have several students who listen almost exclusively to wacky Anime/Manga inspired music.

Watch out gang because this music could be right around the corner in another generation or so.

My kid (17) is a J-pop kid, but she also likes your Korns and Rage Against the Machines and whatnot.

But as a HS teacher, you must also be aware of the cultish status among high school students of Marley, Cobain, Morrison, Lennon. Do you think they even listen to the music?

Polysics is the greatest band ever because I don't know whether to hate them or love them.

That song "I My Me Mine" is both annoying and catchy as hell at the same time. I catch myself singing it once in a while.

If I don't hear something for about 10 years, it can strike me as if feels like the first ti...ick, strike that, like it first did.

Case in point for me is the B-52's Rock Lobster. Do to overexposure at every bleeding dorm/frat party at college, this song became a most powerful emetic. Once the scab healed and fell off though, I can listen to and enjoy it frequently.

As for what the kids will be into, it'll be something off of Guitar Hero XIII.

Another way that I have heard an overly familiar song "new" is to hear a very good reproduction of it.

When I got Neil Young's greatest hits on DVDaudio and heard Heart of Gold it was relevatory. The bass was so strong, full, and on time, you could hear James Taylor and Linda Ronstat on the back ups, it was riveting. Now part of it was hearing it SO DAMN MANY TIMES from a car speaker. The difference in my car and home rig is considerable, and AM radio circa 1972 vs home audio is a huge difference.

Long way to say that the timbre of the sound was so different, it allowed the song to be compelling again.

A lot of stuff I disliked as a kid I can manage to enjoy as a result of having spent time in recording studios. Some songs that seem really dull become interesting when you think about the process of making them, the production choices, etc. Sorta like not liking the painting overall, but admiring the brushwork and the composition and the frame.

But Eddie Money...oy, that's a tough one. I probably rather hear the Steve Miller Band if I had to choose, and they're an utter drag.

But then, I like a couple of Radiohead albums, so WTF do I know....

I ask you: is it ever really possible to hear an overexposed song as though it were the first time?

I should add that sometimes I'll hear a song on a radio with one blown speaker, which often leaves only the vocals or the music, and it's a revelation.

Same goes for outtakes, sometimes. I remember a friend playing some Beatles bootlegs with drastically different versions of songs I was pretty sure I never wanted to hear again. It forced me to listen to the songs themselves, instead of triggering the usual reactions. Made 'em seem more...human, I guess.

I don't remember the Eddie Money/20/20 connection. Please fill us in.

It wasn't 20/20 that Eddie Money sponsored, it was Paul Collins' Beat, and he cowrote the delightful powerpop bopper, "Let Me Into Your Life."

i recently listed 'my sharona' as the song with my favorite 'bridge' on another . i can't believe i didn't get clobbered considering it wasn't a power-pop friendly board.

being a taurus means never getting sick of a song. case in point: 'some kind of wonderful' always makes me smile.

i meant on another music blog. butter fingers here.

A little bit off topic but-Back in 1991 my wife and I were finally able to realize a lifelong dream when we bought a beach home. After the closing we were driving back to our primary home and "Two Tickets to Paradise" came on the radio. We had been mullling giving our new place a name, like some do with a vacation home. I think I acutally heard the "click" in my head as the idea dropped. The lyrics were perfect-
I'm gonna take you on a trip so far from here,
I've got two tickets in my pocket, now baby, we're gonna disappear.
We've waited so long, waited so long.
I've got two tickets to paradise,
Won't you pack your bags, we'll leave tonight
We named our beach home Two Tickets.

I for one am NOT fucking sick of My Sharona, and in fact a few weeks ago I heard it on the car radio (first time in this car - the radio is a lot better than the predecessor) and really appreciated the guitar break for the first time. I was alone, so I could turn it up to 11. Today was my first time to see the video you posted - very nice. Wynona and Janeane both look so sweet.

Even "Take Me Home Tonight" has a good point - after Eddie sings "just like Ronnie said" ,we then hear Ronnie herself singing. And although I am heartily sick of "The Boys Are Back in Town" (always a stupid song), Two Tickets to Paradise is great, I agree

And while we're talking about great moments in popular culture, don't miss