Compare and Contrast (An Occasional Series): Blues With a Feeling

Saw the Maysles Bros. new Rolling Stones flick Get Yer Ya-Yas Out the other day -- my review will be up over at Box Office momentarily I think -- and one of the best scenes is Mick and Keith doing an unplugged version of "You Gotta Move." Mick, at his most transparently disingenuous, prefaces it by saying "We've been trying to find out who wrote it, but we don't know."

Actually, it's by Mississippi Fred McDowell and Rev. Gary Davis; here's Fred doing it on an early 60s album that probably was in Keith's record collection.

And from the same year -- and from Night Beat (which I am willing to bet is the most amazing rock/r&b masterpiece you probably have never heard) -- here's the great Sam Cooke's gorgeous, and slightly more urban(e), version. That's the 16-year-old Billy Preston playing the cool keyboard stuff, by the way. 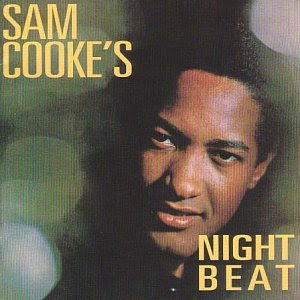 And just to bring it all back home, here's the Stones' famous studio cover from Sticky Fingers (1971). 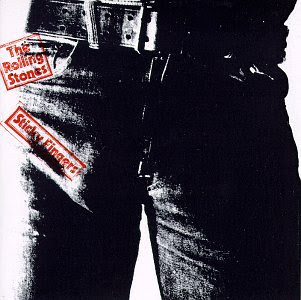 Reportedly, McDowell himself was flattered by the Stones version, his 1969 album I Do Not Play No Rock 'N' Roll notwithstanding. As for the Stones, they did a live version of the song on one of their forgettable 70s in-concert albums, and the keyboards were played by -- wait for it -- Billy Preston.
Posted by steve simels at 7:56 AM

Broken down old blues singers and their disciples less interesting to devotees of the powerpop genre than one might have expected.
:-)

NO, no, it is very interesting indeed. It's just that some of us need some time to roll out of bed and slowly transform into something nearly sentient.
Thanks for this one!

I was familiar with Sam's version, but had never heard the original. Thanks!

I actually like old blues singers a lot more than I like powerpop (no offence) and I always like seeing what their disciples do with the songs. And I'd never heard the Sam Cooke version, so thanks!

Fred McDowell and Gary Davis are credited on the Sticky Fingers album cover. Maybe Mick should have looked there.

The Stones live version I referenced was from 1969, so one assumes Mick and Keith did the authorial research some time later.
:-)

The Sam Cooke version was pretty good. I never thought I would say this song was a toe-tapper. Was Billy Preston really that good at that age?