Compare and Contrast (An Occasional Series): Was Marvin Gaye?

From 1966, please enjoy the man himself and one of his coolest early singles, "One More Heartache." LOVE that guitar riff. 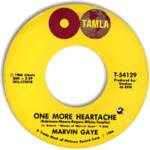 And now consider if you will, from later that year, a cover of same by The Artwoods, one of the lesser known Brit r&b outfits of the day, but one of the best. (That's the late Art Wood on vocals, as in older brother of Ron Wood, BTW. The evocative organ noodling in the rave-up is by Jon Lord, later of Deep Purple fame). 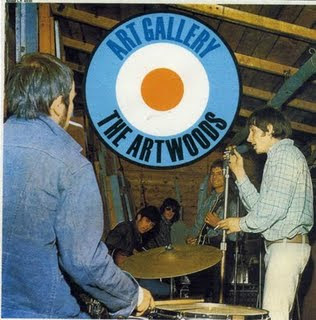 And finally, from 1969, here's my college band God (don't ask) in its only foray into the studio, with a sped-up white boy (and girl) version featuring dual-lead guitar several months before it became fashionable. This was our big live showpiece, actually. More cowbell!!! 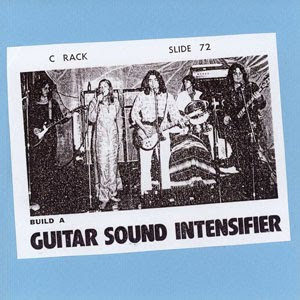 The arrangement switch half way through the song -- through the miracle of tape-splicing -- was a good idea that in retrospect I think worked better as a concept than in execution, but what the hell. In any case, we were kids.
Posted by steve simels at 7:15 AM

IMHO, God's version was the best of the three. Especially the bass player. BTW - who's the chick?

Whoever she was, her vocal was very Signe Anderson-like.

Whoa. In God we Trust.

Here name's Lucinda Moran (great gal, happily married to the drummer, if you can believe it) and you're right -- she sounds like Signe (and to a lesser extent Grace). We used to cover a lot of Airplane in those days...
:-)

Another great version is The Plimsoul's version on their live record. Scorchin' hot.

I did not know the Plimsouls had done it. Thanks!

What is it about the drummer, anyway?

Drummers always get to look at the chick vocalist's booty and just can't resist.

That last fellow Anonymous has got it right.
best regards,
the drummer

Who is playing the Rickenbacker? Cool song, beautiful singer, great guitar-who could ask for more?

God prevails over Art IMO. But the Marvin Gaye version is in the groove long before MG opens his mouth.