From when or where I have no idea, but here's the redoubtable Billy Bragg with a great unplugged cover of The Rolling Stones' "She Smiled Sweetly." 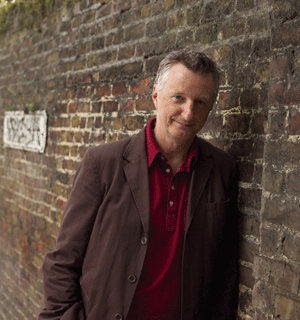 No clue as to the ultimate derivation of this -- I got it off one of those free CDs with an issue of MOJO -- but I think it's quite beautiful and I've been playing it obsessively all week. The song itself (from late '66, although the album it's from, Between the Buttons, was actually released in early '67) is non pareil, of course; nobody but nobody was writing this kind of adult stuff in rock at the time.
Posted by steve simels at 12:04 AM

I think this was actually recorded specially for the Mojo CD - a Stones tribute thing, I seem to remember? It feature feature subsequently on a couple of Billy's own compilations / box sets.

Now I want to hear somebody cover "Who's Been Sleeping Here?" from the same album.

Damn, Buttons is a really great record, now that I think of it...

Damn, Buttons is a really great record, now that I think of it...

Steve (and others), if you like covers, see my old student Ray Padgett's CoverMe blog; covermesongs.blogspot.com.