Compare and Contrast (An Occasional Series): "Remember the Great Folk Scare of the Early 60s?"

"That shit almost caught on," as my old chum Erik Frandsen used to say.

In any case, from 1964, please enjoy Tom Paxton and his often covered folkie standard "The Last Thing on My Mind." 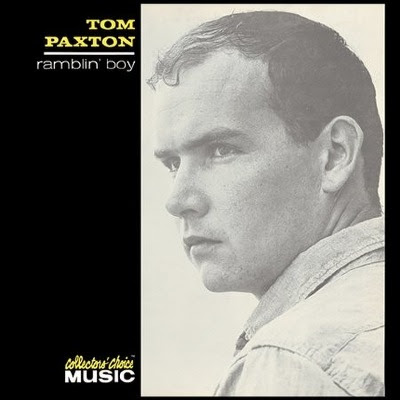 And from 1970, behold in breathless wonder The Move's astounding reimagining. 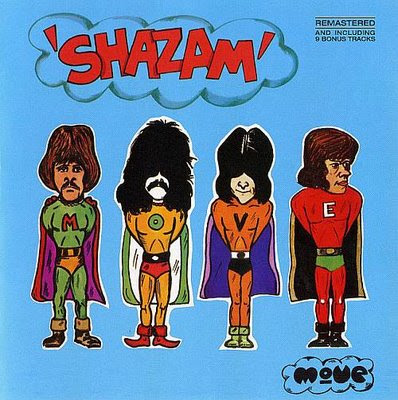 To my surprise, the original is rather more touching than I recalled, albeit rather square, rhythmically; Paxton was, how you say, one of the whitest folkies ever. Okay, Irish.

The Move's cover, however, is...well, words fail me. The final over-the-top apotheosis of folk-rock? A folkie/metal hybrid that out Zeppelin's early Led Zeppelin? In any case, it's really something, and that backwards wah-wah solo that emerges from the McGuinn-esque twelve-string raga stuff and slices the song down the middle just may be Roy Wood's finest moment as a guitar hero.
Posted by steve simels at 12:01 AM

Those three cover songs that constitute the second side of Shazam are for me the apotheosis of late 60s rock. The Move's take on "Last Thing on My Mind" is the perfect close to that album. Why is Roy Wood not mentioned in the same breath as other 60s guitarists? Carl Wayne's vocals are spot on too.

When I was a kid we had Tom Paxton's "Aint That News" LP, with topical songs like "Lyndon Johnson Told the Nation" and "Goodman, Schwerner and Chaney," serving as a good education for me. But he was not funky, it's true.

Can't say enough about "Shazam!" But more importantly, I spent yesterday afternoon, still on a Bruce Springsteen high, organizing a spool of live Bruce shows from various years. The one that made me stop what I was doing to just listen, a 2 CD compilation of the 2006 Seeger Sessions tour called "The Great Springsteen Folk Scare." Ok, not the greatest coincidence, but still....

I guess I have no taste, or have any true music appreciation.
I like Paxton. This is why I'm a closet folkie.
I'd drive myself off a cliff, rather than listen to Shazam.

Thingy, no disrespect to either folk music or folkies intended.

In fact, that joke that I attributed to Erik Frandsen... Erik was a hardcore folkie singer/songwriter of the old school that I knew from hanging out at -- you guessed it -- Folk City.

A very funny guy, obviously, but as I said, a hardcore folkie.

HAHAHA! Well, I'm with Thingy on this one. A lesser tune might have benefited from this Frijid Pink-like remake but not this one, IMHO. Funny, though. I laughed alot and banged my head on the floor.

And yeah, Tom was very whitebread but his voice was sweet.

Not disputing the provenance of whether your pal Eric originated the line about the folk music scare, but I did hear it on a Martin Mull album in the 1970s. I think it was the preface to his satirical sea chanty "Men," from the album "I'm Everyone That I Ever Loved."