Compare and Contrast (An Occasional Series): We've Got Only One Thing to Say to You Fucking Hippies...

You know, people always ask me "Steve -- you're incredibly old...did you go to Woodstock?"

And I always answer, "Uh, no, I didn't, but then again neither did Joni Mitchell, dickweed, and she wrote the goddamn theme song." 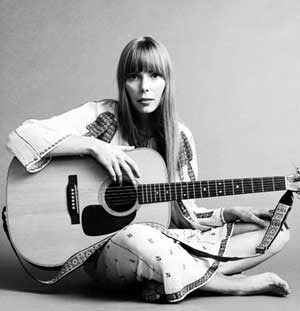 In any case, from 1972 and the incredibly great Godfrey Daniel LP, here's what the aforementioned theme song always should have sounded like. Make sure you stick around for the suspiciously familiar keyboard solo after the second chorus. 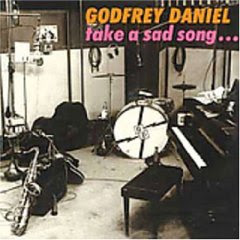 And people thought the CSNY cover was the definitive rock 'n' roll version.

Incidentally, Take a Sad Song..., which features eleven more (then) contemporary rock classics given the oldies treatment, is an absolute stroke of genius, but it's been out of print more or less since the day it was originally released. Collectables announced a CD version in 2005, which showed up (and is still there) on Amazon, but it never apparently came out in the real world -- one assumes there were rights issues of some sort. In any case, I've been looking for a digital edition since forever, and now -- courtesy of esteemed reader Merciful Lee Dickens, who transferred it from an unopened vinyl copy he got off eBay -- I've got one, which I will be glad to share with anybody who e-mails me about it.

Who were Godfrey Daniel, you ask? I had always heard they were two staff engineers at Atlantic Records -- that's the old Atlantic Studio circa 1958 on the album cover -- but it turns out to be a somewhat more interesting story, courtesy of Ron Christopher, posting over at Amazon.

The album is only Andy Soloman ('ALL' vocals, and 'All' instruments) and Dave Palmer (Drums). Studio musicians appear on two cuts credited as the Charles Soloman Orchestra. Dave co-produced with Andy, and engineered|mixed as well. The album is mixed in mono, except for the splash cymbal ending on 'Groovin' which is stereo. It was born out of a send up demo Andy made with Dave on a sound-on-sound Sony TC-630 reel-to-reel recorder in 1969. While making The Amboy Dukes last original lineup album 'Marriage' for Polydor records, lengendary producer|engineer Eddie Kramer heard the doo-wop version of 'Hey Jude' and totally flipped out. The Atlantic deal soon followed. Dave left the band to become an engineer at Electric Lady Studios with Eddie, and Andy eventually left Ted for a career in commercial music writing. That's the true backstory...Dave Palmer is my cousin.

God, I love powerpop dot blogspot dot com & that guy who posts over there, may he stay forever young.

I like Matthews Southern Comfort's version of "Woodstock" the best, I think because that was the one I heard on the radio back then.

I had forgotten about Matthews Southern Comfort's version of the tune. That was nice.

Comparing Joanie's version to the above and to CSNY's, one has three pretty different versions, eh?

IIRC, it was around 1969 that then-current rock audience's attitude towards the 50s started changing from derision to affection, as heralded by the surprise success of Sha Na Na at the Woodstock festival, so this cover is strangely appropriate in multiple ways.

Besides, it's just fun.

Woodstock made Sha Na Na; they were a last-minute invite when one of the promoters wandered into a NYC gig they were playing, if I recall.

I always kid my ultra-square older brother that he thinks they were the best thing at Woodstock. Because he does.

A great song can be folded, spindled, mutilated. It'll always be a great song.

There, I said it.

I mean, she's a terrific songwriter, but something about her makes me want to punch her in the nose.

And my word is "ovesmi" ... just like my grandmother would have pronouced it, I'm sure! :-)

I heard Dion and The Belmonts at the beginning.

I'd rather own it then Joni Mitchell's entire musical catalog.

Jeebus -- what's wrong with you guys and Joni? She's great.

One other word: Pretentious. :-)

And my word verification is "muting", so I guess I'll shut up now!

For the record count me as a Joni lover, at least up through Court and Spark.

And seconding Who Am Us Anyway on the wonderfulness of Steve's writings here. Today's introductory joke alone made it worth the visit - LMAO.

The Godfrey Daniel version is a real hoot.

Sounds like a great album.
Love the name too.
Here's an ode to Godfrey Daniel by Neil Innes:
http://www.youtube.com/watch?v=lplGAiqgPwQ&feature=related

Wow. Never heard of them. The obvious predecessors to Big Daddy!