Compare and Contrast (An Occasional Series): Pretty Fly For Some White Guys

From 1967, please enjoy gospel dudes turned psychedelic blues-rockers The Chambers Brothers and their minor (but memorable) hit single "I Can't Stand It." 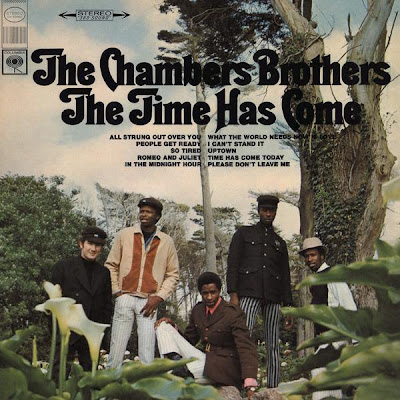 And from 1968, here's greatest Australian band of all time The Easybeats with their thoughts on the matter. 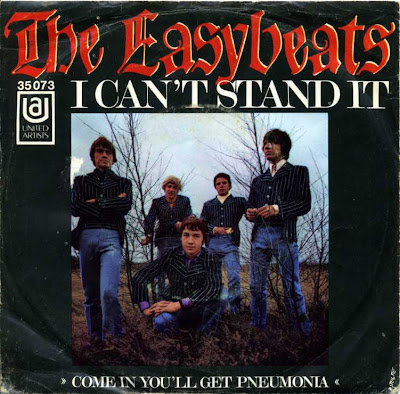 Actually, "I Can't Stand It" was something of a late 60s standard, and there were probably a bunch of other recorded versions, although none springs immediately to mind. I seem to recall my college band butchering it live on several occasions, but I may have hallucinated that. The cowbell certainly sounds familiar.

In any case, The Easybeats take on the song is one of my all-time favorite white boy r&b essays. Lead singer Stevie Wright is particularly good, I think, and the production (that's Nicky Hopkins on piano, BTW) by the justifiably legendary Glyn Johns is really stellar, especially on the protracted instrumental ending and eventual fadeout. Your basic monster groove, as they say.

BTW, I saw the Chambers Brothers a couple of times, including at least once as headliners at the Fillmore East, back in the day. In the early 80s, when my skinny-tie band was one of the house acts at Kennys Castaways in Greenwich Village, front man Lester Chambers had been reduced to being a greeter/maitre d' at said dive. I remember thinking about that career arc quite a lot whenever I ordered a pre-gig burger.
Posted by steve simels at 12:01 AM

Both versions are great.

Too bad we never got a chance to see the Easybeats at the Fillmore East. If their few live performances on Youtube are an indication they would have been killer live!

While Chambers' fall from star to maitre d' is disheartening, it's not quite as bad as the story that one of the writers for the old Musician magazine wrote about, where he gave a panhandler some change, then after a couple of minutes realized that the panhandler was Jaco Pastorius.

Oh god, I could tell you a few similar Jaco stories. I lived upstairs from in the Village right before he died...

Opened for them for several gigs in the early '70's in Florida. Rock n roll is so fucking hard...