Well, it's Friday and you know what that means. Yes, my Oriental [insert your own outlandish double entendre here -- I'm all out] Fah Lo Suee and I will be heading for my local Hell Octaplex where we plan to set the record for most consecutive viewings of The Twilight Saga: New Moon. Dunno about you guys, but I just can't get enough of a movie about vampires not fucking.

As a result, posting by moi will be sporadic for a couple of days at least.

Most Memorable Post-Beatles Song Referencing Members of the Animal Kingdom in the Title or Lyrics!!!

No arbitrary rules, you're welcome very much, and I just checked and, yes, I did an animal list last year. But since I've lost countless brain cells since then I'm reasonably sure my choices this time will be totally different.

Oh, and if you try to sneak a band named after an animal into the list I will come to your house and kill you. I'm serious about this. Also: I don't care if it's approaching the Christmas season, but if anybody nominates that "Grandma Got Run Over By a Reindeer" thing they're similarly dead. 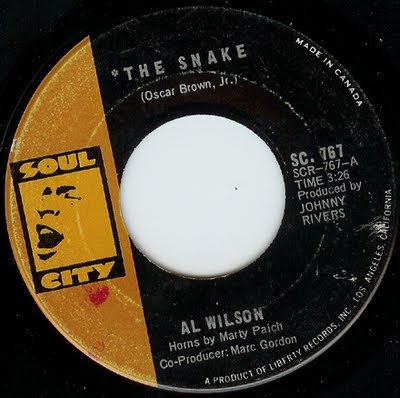 "You knew I was a snake before you brought me in." You gals know the feeling, I'm sure.

When this came out in 1980, I remember thinking it was a long-overdue skewering of David Byrne's pretentious anxiety attacks. In retrospect, it's basically just a sort of sophmoric Weird Al record, which is to say only moderately amusing or smart, and I'm somewhat more forgiving of Byrne's neuroses. 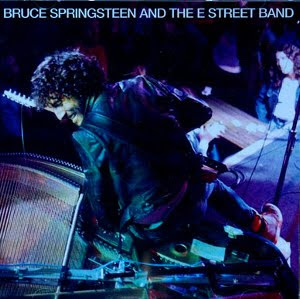 A great song, obviously, but I've been looking for an excuse to post this particularly gorgeous 1975 live version (from the Roxy bootleg) for ages. You're welcome.

As noted last week, I'm not nuts about this band but I always like to include something recorded during the current century. In any case, these guys seem to have replaced Billy Corgan's pretentious cueball noggin as my go-to weekly injoke.

2. The Hollies and Peter Sellers-- After the Fox 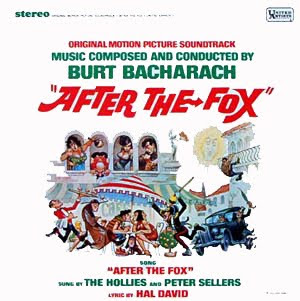 Even Burt Bacharach's joke songs are gorgeous. Seriously, that piano-riff-with-the-vocal-hisses is just a killer hook, isn't it?

Written by the late great comic genius Michael O'Donoghue. I mentioned this over at Box Office last week, but the movie of which this is the opening number -- Gilda Live -- is finally out on DVD and can be ordered here. Cheap, I might add.

[Shameless blogwhore: And speaking of Box Office, my parallel Cinema Listomania -- theme: best and worst film-to-tv or tv-to-film adaptations -- is now up. As always, if you could see your way to going over there and dropping a little snark, it would help justify my ridiculously exorbitant freelance rate to management. Thanks!]
Posted by steve simels at 12:02 AM

And just for the hell of it: "King Kong Reggae" by Todd the Mod.

Of course, there's Tonio K. and I Handle Snakes - "One man lays down 10%, another man trembles and quakes / I save my money; I handle snakes". From Romeo Unchained.

From Richard Thompson's excellent "Sweet Warrior", how about the rollicking Bad Monkey?

And from Pete Townshend, the unutterably lovely Greyhound Girl; I don't know where to find a studio version, but he played it (with 12-string guitar) both nights of the 2001 benefit shows at the La Jolla Playhouse, which are available from his web site.

"Porpoise Song" by the Monkees (kind of a two-fer).

Speaking of two-fers, Country Joe and the Fish: "Porpoise Mouth"

"Too Many Fish in the Sea" by Martha and the Vandellas.

Another entry from the Ray Stevens songbook: "Harry the Hairy Ape".

And who can forget "White Bird" by It's a Beautiful Day?

"Everybody's Got Something to Hide 'cept for Me and My Monkey" by the Fab Four.

"Monkey Man" from the Specials.

"Monkey to Man" by Elvis the C.

Side question: is the monkey the most popular animal in rock music?

"Wild Horses" by the Stones.

"Horse Latitudes" by the Doors.

How about "Bird Song" by Lene Lovich? Incidentally, my wife and I had the DJ play "Psycho Chicken" at our wedding reception instead of "The Chicken Dance."

My favorite part of "Psycho Chicken" was where they sing "What the cluck!?!"

For animal songs, here's the Pink Floyd edition, starting with:

"Lucifer Sam" (that cat's something I can't explain)

"Seamus" (that's the dog, Steve Marriott's to be exact)

"The Dogs of War"

I'm sure there's a few others I'm leaving out, but I have to leave now.

I'll take "Love Me Like A Reptile" by Motorhead.

And I can't believe nobody's mentioned "The Birds and the Bees" by Jewel Aikens.

hasil adkins did an entire album-poultry in motion:the hasil adkins chicken collection. it includes everything from the chicken walk to chicken on the bone. RIP hasil adkins.

Truly, I have now heard everything.
:-)

(And I'll always love Nick Lowe's "Marie Prevost" with its timeless "she was a winner/who became a doggie's dinner" refrain.)
- bill buckner

I cannot be the first person to mention 'Piggies' by the Beatles.

Adrian Belew went all animalistic on his first solo LP, yep, "The Lone Rhino," piggybacking (oops, couldn't help it) atop of his pachyderm squalling on King Crimson's "Elephant Talk" with songs imitative of rhinos, the aforementioned "Big Electric Cat" and even a made-up creature called a momur. He gave up the animal schtick in subsequent solo efforts. I guess he didn't want to get pigeonholed. (doh!)

Didn't the Who have a b-side called "Dogs"? b/w "Call Me Lightnin'"

Yep. One of their funnier throwaways, actually.

Tigers don't go out on rainy nights
They've no need to whet their appetites
Hunting tigers out in Indi-ah!

Outro with Bees, from Blacklisted
Maybe Sparrow
Lion's Jaws
and the title tune, from Fox Confessor Brings the Flood
People Got A Lotta Nerve
Magpie to the Morning
and I'm an Animal, from Middle Cyclone

plus, bonus Primate Round

Apeman and
King Kong by the Kinks

Is She Really Going Out With Him? by Joe Jackson
opening with the immortal "Pretty women out walking with gorillas down my street..."

I've got a monkey playlist on my iPod (my nine-year-old loves it). Some samples:

Monkey with a Gun-- The Yayhoos

Monkey with a Gun is about Hank Williams, Jr. It's kind of mean, but he deserves it.

Gummo said...
I cannot be the first person to mention 'Piggies' by the Beatles.

Steve, I can't believe you didn't mention "A Salty Dog" by Procul Harum.

As for Ray Davies: "Apeman" by the Kinks!

"Will the Wolf Survive?" -- Los Lobos
"Boris the Spider" -- The Who
"Walkin' the Dog" -- Rufus Thomas
"Bluebird" -- Buffalo Springfield
"Doggin' Around" -- Jackie Wilson
"Ride Your Pony" -- Lee Dorsey
"Mickey's Monkey" -- Miracles
"Cat in the Window" -- Petula Clark
"Mockingbird" -- Go Inez!
The Bird's the Word -- Rivingtons
Rockin' Robin -- Bobby Day
The Fish -- Bobby Rydell
"Why Do Fools Fall in Love" ("Why
do birds sing so gay...")
"I'm So Lonesome I Could Cry"(there
are a limited number of references to whippoorwills in songs)

And in honor of Mrs. Gummo, let me mention Stevie Nicks's "Edge of Seventeen" ("Just like a white-winged dove..." which for years I thought was a one-winged dove) and "Rhiannan" (like a cat in the darkness).

The Springsteen song is actually from his show at the Tower in Philadelphia on 12/31/75.

Glenn said...
The Springsteen song is actually from his show at the Tower in Philadelphia on 12/31/75.

I stand corrected. I knew it was from sometime in '75, though.

OK & so coming in at No. 2 in the waterfowl category: My baby’s got the most deplorable taste, but her biggest mistake is hanging over the fireplace … the kinks, ladies ‘n gennelmen, the kinks.

And at number 1, if the river was whiskey, I was a diving duck, from you-name-it infinite number of blues-based rock songs, most famously in what, Hesitation Blues by everybody & Rollin’ & Tumblin by everybody.

In the Orca Whale and Owl categories, the lovely to my eye Regina Spector & Hotel Song.

“Oh, the hours I've spent inside the Coliseum, dodging lions and wastin' time” from When I Paint My Masterpiece, and

All Along the Watchtower, where somewhere off in the cold distance a Wild Cat did growl.

The two saddest cat songs in history are both by the Weakerthans: "Plea From a Cat Named Virtue" and the sequel "Virtue the Cat Explains Her Departure."

Jane Siberry: "Everything Reminds Me of My Dog"

Robyn Hitchcock's "Bass" (every fish reference you could think of)

And of course the Bobs: "Get Your Monkey Off My Dog."

Not ONE of you hippies is going to give it up for "Shannon?" I mean, really...
- bill buckner

Bill, maybe he'll find an island with a shady tree...

How about The Bees with "Chicken Payback"? It's a fabulous song and has an excellent video.

(Today's verification: "diticals". I so want that to become a real word.)