Good news for anybody in the South Jersey area -- The Doughboys, featuring power pop god Richard X. Heyman on drums, are playing the legendary Stone Pony in Asbury Park tomorrow night. Showtime: 9pm. Be there or be square, as the kids say.

I've written about Heyman as a solo artist here on several occasions; in fact, his 2006 Actual Sighs is, not to put too fine a point on it, the proverbial heartbreaking work of staggering genius, and it remains pretty much my favorite American album of the decade just past. But the Doughboys were his first band, and their return as an active and creative concern in the last couple of years has been one of the nicest (if unexpected) pop pleasures in memory. Incidentally, "I'm Not Your Man," the nifty rocker in the above clip, is one of the standout tracks on the band's great new sophomore effort Act Your Rage (which along with some equally strong originals also includes a revelatory garage-punk reimagining of the Moody Blues' "Tuesday Afternoon"). 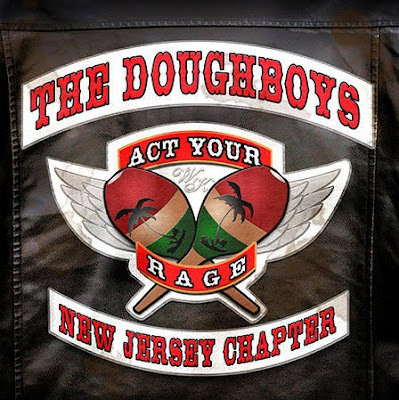 I'd post an mp3 from the album, but I'm told that might not be strictly kosher. So by way of compensation here's the B-side of their 1966 single, "Rhoda Mendelbaum." Inspired by a real person, apparently. 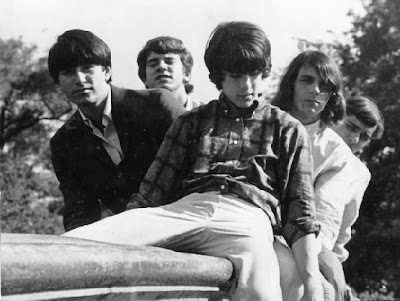 Killer stuff in any case, I think, and if you're at the show on Friday, feel free to ask them to play it; they still do it live if the moment is right. Meanwhile, you can order or download Rage either over here at Amazon or, along with lots of other cool stuff, over at the band's official website.

And continuing with our Jersey theme, I should add that the Doughboys will be at Maxwell's in Hoboken on Saturday night, along with Smithereens drummer Dennis Diken's new side project Bell Sound, who also behoove behearing.
Posted by steve simels at 12:01 AM

I like both of those songs, but "Rhoda Mendelbaum" is priceless. Thanks for posting it...

For those going to the Maxwell's show, here is a sampler of Dennis Diken's Bell Sound: