It Came From Greenwich Village!!!

From August 17th 1995, please enjoy Gerry Devine and the Hi-Beams -- and the sessions for a live radio broadcast on WDST in Woodstock emanating from the fabulous Tinker Street Cafe -- and a heartfelt and definitively jangly rendition of "Getting Back Into My Life," by genuine underground power pop legend Mark Johnson.

Featuring some guy whose name rhymes with Sleeve Nimels on bass (apologies for the flubs). 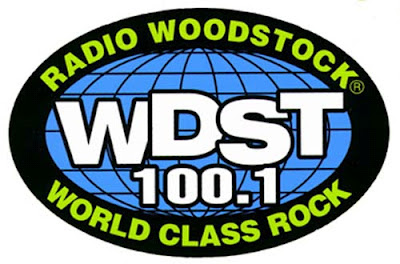 I wrote about Mark in these precincts last year, but if you missed it, the short version is that he was a fixture in the Village in the late 70s and early 80s, and somebody who I thought at the time was (of all the folks who featured in the Bleecker Street revival of the day -- which included Shawn Colvin, The Smithereens, Chris Whitley, Willie Nile, The Roches and Suzanne Vega) by far the most abundantly talented.

A natural born songwriter -- Dave Edmunds and Robert Gordon recorded some of his tunes -- and a riveting singer and stage presence, he really should have been a contender; why he wasn't comes down to the usual demons and/or bad luck blah blah blah, but he's still active and, as I said up top, pretty much one of the genuine underground legends of power pop.

You can find out more about him over at his oficial website, as well as ordering some of his CDs.

Including this one, which features period demos of the stuff he was doing in clubs when I first encountered him in the late 70s... 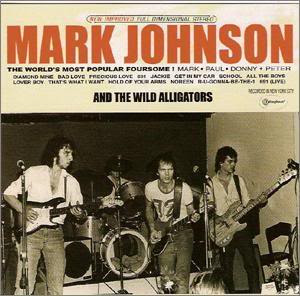 ...and which, if memory serves, was perhaps the greatest rock-and-roll you or anyone else who wasn't there at the time has never heard. Including lead guitar by the astounding Drew Zingg, which will completely blow your tiny mind.

I should add, however -- strictly in terms of consumer protection -- that I personally ordered a copy of this via PayPal a couple of weeks ago and so far have found nothing in my mailbox. I have also been dropping Mark messages over at the website about this but have heard nothing in reply.
Posted by steve simels at 9:27 AM

Note to self: Songs by generally obscure power pop guys from 30 years ago as interpreted by the blogger's crappy 90s band less interesting to readers than hoped.

I like this a lot better than the studio stuff you posted awhile back.
Band sounds good, especially that Nimels guy.

I know Mark Johnson via the late, great radio host Lynn Samuels - she talked about him often and played some tracks on her WBAI show.


Mark even did a great a capella promo that she used on her 'BAI show daily, for years. Wish I had a copy.

Another 3 minutes of heaven by an amazing songwriter. Word has it he's working on the long-awaited followup to his 2002 masterpiece LAST NIGHT ON THE ROLLER COASTER. Stay tuned to www.mark-johnson.com.

I am really proud to have released the mark johnson and the wild alligators album and re-issued 12 in a room on my label applehead records.....peter.....www.appleheadfilms.com

Woodstock, NY, Us of A

also, mark johnson records can be ordered from me at petergdonald@gmail.com