Wolves in the Fold

Found this review I'd written -- from The Magazine Formerly Known as Stereo Review, in October 1978 -- the other day and thought it might be interesting to try to find the music involved on-line. Obviously, I hadn't listened to this record since the day I wrote the review, and perhaps I was being overly unkind. 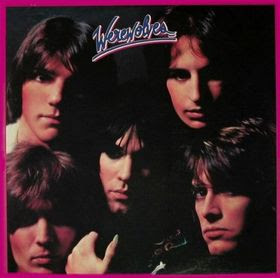 Andrew Oldham is one of the more colorful hucksters of our time, a sort of English Kim Fowley who made it. Trouble is, he made it quite a few years ago as manager amd producer of the embryonic Rolling Stones, who unceremoniously dumped him about 1968 and went on to make the series of albums on which their reputations will someday undoubtedly rest on.

Opinions on the depth of his contribution to the success of the Stones vary. Some say that he lived out all his most outrageous fantasies through Mick Jagger and Brian Jones; others reckon that it all would have happened pretty much the same way without him. One thing is certain, however; he was never much of a producer, and the real production chores on the Stones' classic early records were delegated to various engineers -- notably Ron Malo and Dave Hassinger -- whose services he was smart enough to enlist.

Since then, Oldham has mostly been a dabbler. There have been a few production efforts -- the Jimmy Cliff live album, for one, which was abominable -- but not much else. Now he has come back at the helm of a band that he has apparently convinced the good folks at RCA is going to he that most tedious of items, the(you guessed it) Next Rolling Stones. I wouldn't take bets on it. The Werewolves (not a bad name, actually, but unfortunate in view of Warren Zevon's "Werewolves of London" hit) are an agreeable mainstream guitar band a la Bad Company or Aerosmith, with some of the same blues roots as Oldham's first charges. They probably sounded very good in the bar where he most likely discovered them. Beyond that, though, they have absolutely no sound of their own, and the only interesting thing about the whole venture will be seeing if Oldham can still maniputulate the media with the same flair he demonstratd in the old days. For the moment, however, rest assured that the Werewolves are just a group, not a way of life. -- S.S.

And the answer to my my implied question seems to be -- perhaps a little unkind, but frankly not that much.

"Flesh Express"? puhleeze....
IMHO Your review was a little generous.

The review wasn't that unkind, but accurate. I don't know how the rest of the LP plays out (which I'll look into) but judging from the first cut, pretty uninteresting and bland.

I rremember feeling kind of bad at the time when the thing ran. I mean, I'm sure they were nice guys....

Somehow I remember having this LP back then. Never paying much mind to it. Probably tossed it into a pile of albums I would resell every so often.

Sure, nice guys maybe. But nice guys does not a good record make, regardless.

Andrew's Sirius/XM show is always fun. He tells great stories, though I suspect no more than half of 'em are actually true...He did do some nice stuff when he ran Immediate Records. He was also smart enough to leave The Small Faces alone and they responded with their great run of singles and LP's from 1967-8.

The Immediate Records catalog is one of the glories of pop music in the second half of the 20th century. And Oldham deserves much of the credit for that, no question.

Sold the vinyl years ago for $1, haven't thought about them since. Wasn't the buzz about them that the lead guitarist looked like Keith Richards? Weird how I remember that...

Not much to it. Singer wasn't much. Lyrics not much. Lead player rather mundane. This certainly wasn't going to work in 1978.

I remember this review. Still have that issue in the garage in a box.