The Past is a Foreign Country -- They Do Things Differently There

So I downloaded said singles, and my immediate reaction was -- meh.

No big surprise there, of course; I've discovered a lot of really terrific obscure music since I've been toiling in these precincts, but the vast majority of the obscure stuff out there tends to be obscure for a reason, i.e., it isn't as good as the stuff that people actually liked at the time.

Anyway, that said, a listen to this Roosters a-side proved to be an eye-opener. In the "Block That Metaphor!" sense. 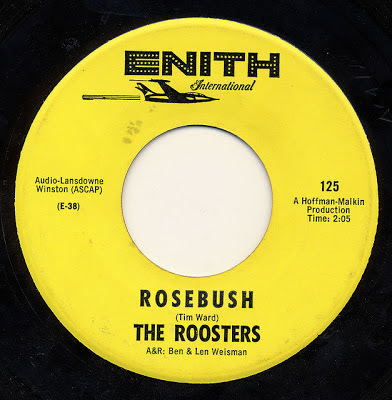 So take care when you're picking your women
Because you know
When you try to touch or squeeze them
They'll seem like a rose...bush!

And let's be honest -- it's still a lot better than this piece of shit from two decades later.

I mean, seriously -- what was their fricking excuse?

Creative bankruptcy is the only explanation I can come up with for that "song" by Poison. I can't comment on the rest of their work, because I've never heard any of it. "Every Rose Has It's Thorn" sounds like second rate Bon Jovi which in itself is second rate something else.

I can't hate too much on Poison, not after Otto played their song when he proposed to Becky on the Simpsons. I couldn't find an English language version, but he says "Becky, will you be the rose for my thorn?" I gotta think similar proposals were made by Poison fans to their babes.
http://www.youtube.com/watch?v=dw_uCskLR2A

Nice, inventive Byrdsish type tune. I like the intro, a little like Secret Agent Man. As for Poison, Unskinny Bop kind of rocked IMO.

yeah but "Unskinny Bop" style the guitar figure from Skynyrd's "I Know a Little." Shameless.

oops, was supposed to be "stole the guitar figure from....."

Probably the first time Skynyrd was mentioned on this site.