I'm pretty sure I've referenced my old college (Lake Forest) chum Eric C. Boardman in these precincts on numerous occasions, but if the name isn't ringing a bell for you, let's just say that he's forgotten more about the kind of American music this blog concerns itself with from time to time than I ever knew, and that he has really small-c catholic tastes that have been hugely influential on my own. Beginning with that long ago day in September of 1965 when I first heard The Who's epochal "Can't Explain" blasting from his dorm room stereo.

Since then, Eric's been a member of the legendary Chicago improv troupe Second City, co-starred in the 1988 film Paramedics ("The Citizen Kane of wacky medically-themed sex comedies" -- Andrew Sarris), and if you live in L.A. you'll recognize him as a local TV fixture for lo these many years. (That's him on the right with Laugh In announcer Gary Owens.) 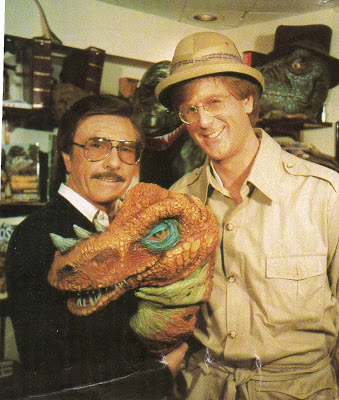 He's also a terrific writer, and for the last couple of years he's been e-mailing, on a weekly basis, his thoughts on pop/rock/soul and such to selected friends and colleagues for a series which he calls Thursdays with Boardy. These have pretty much made my day(s) since he started doing them, and there are times frankly when they're so good I hate him. This is unfortunate, since I already hate Eric for having had the good fortune to be around the Chicago area for one of the greatest teen rock scenes of all time (about which more later below).

In any case, Eric's most recent post began as a review of a recent rock movie which I can't recommend too highly, but which I was never gonna get around to writing about myself because of various real world constraints I'm dealing with this month. So I asked Eric if I could repost the thing chez moi, and he graciously consented.

It's been a long, long, long time since I saw a movie so good I wanted to stick around the theatre and watch it again. Did it for "Bonnie & Clyde", "Five Easy Pieces", "The Graduate", "Help", "Hard Day's Night," and "American Graffiti." And Monday night I would have gone for seconds on "Not Fade Away", the new one from David Chase, creator of "The Sopranos," if I wasn't old, tired, and cursedly pragmatic.

A sucker for almost any coming-of-age picture, I was knocked out by this mash note to the music---and the power of the music---of my/our youth. Every beat of my adolescence and college days was on the screen. From the battles in the kitchen with parents-who just-don't-understand to the sanctuary of basement parties with the latest records on the hi-fi. And, yes, oh, yes, I wanted to be in band and let my hair get good in the back and get girls and make bold statements about rock and roll as art and be in synch with the roar of pop culture and get the hell out of Square Heights, i.e. DuPage County, IL, but unlike the hero of the film, I was devoid of talent and decidedly un-cool. (Though I did have a great pair of suede Dingo boots!)

"Not Fade Away" has made little noise at the box office, but every frame will echo in the noggin of anyone sentient from 1962-1971. And what a soundtrack: Bo Diddley, James Brown, The Rascals, the Stones, The Left Banke, The Small Faces, Dylan, The Sex Pistols, Mother Earth, Lead Belly, Elmore James, even Johnny Burnette & The Rock and Roll Trio (see Boardy #25, April 8, 2010). How great to hear all that loud. I could almost hear my Dad in the theatre next door bellowing, "You woke up the neighbors, now you wanna try for the folks in the cemetery?"

And it's not just the music, it's what it means. One reviewer nailed it beautifully:

"For David Chase, the writer and director of Not Fade Away, rock and roll music has a seductive yet combustible allure. It's a thing that can build and destroy relationships with equal, effortless fervor. It can hypnotize as easily as it alienates. It's the greatest thing ever invented, yet the hardest to recreate; it can aggravate you, but it can also be your salvation. Rock and roll — can't live with it, can't live without it."

Permit me to indulge in nostalgic gush for my days at The Coffee Break in Elmhurst and The Cellar in Arlington Heights, the two clubs where I dined on rock and roll. The Riddles were the house band at the C.B. and they covered the first three Beatles albums beautifully. 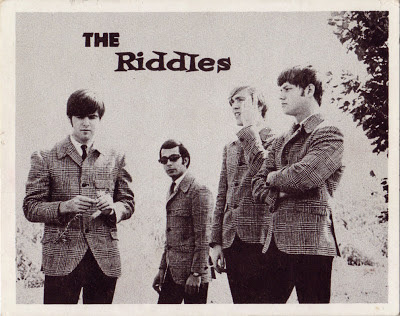 The edgier Shadows of Knight called The Cellar home. 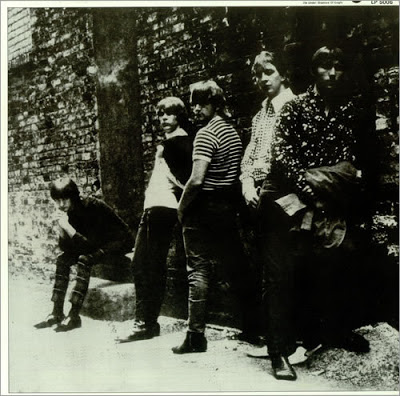 Sunday through Thursday, it was the downstairs meeting room of a church, but on Friday and Saturday nights it was rock and roll heaven. They loved the grittier Brit bands, Muddy Waters, Howlin' Wolf, and were the first to cover "Gloria" from Van Morrison's Them stretching it out for a frenzied five or six minutes each set. If I could go back to any moment in the past, it might very well be a scorching August night with 150 kids in madras shirts, Weejuns, and white Levi's screaming our lungs out as front man Jim Sohns spelled out his mythic girl's name.

Attached you will find that anthem and one more that anchored 1965 in the western suburbs of Chicago. (BTW, the guys from the McCoys hailed from Indiana, but "Hang On Sloopy" is the official rock song of Ohio.) And, yes, though these records (according to Bibletruths. org) "call to all the baser inclinations of man: riots, rebellion, sexual sensuality and selfish gratifications," they are a helluva lot of fun.

"Not Fade Away" arrives to remind us there was a time when a stack of 45s and a crowded dance floor could launch a night of adventure, discovery, maybe a little danger. I recommend the movie, it's a got a good beat and you can dream to it. -- Eric.

Have I mentioned that I hate this guy?

Thanks for sharing this. It's as good as you say.
Growing up I believed that Rock And Roll would never die.
Boy was I wrong about that.
Hopefully, now that I no longer anticipate there being a "Next Big Thing", someone will come out of nowhere and surprise me. On the other hand, the popularity of Skrillex and EMD is pretty disheartening.

For an alternative view of the movie: http://www.rocksbackpagesblogs.com/2013/01/not-fade-away-and-other-disappointments/

here's some more on The Riddles:

if time permits read the (76!) comments.

I don't like Hollywood messing with rock and roll bios. Just show me the documentary, not some crappy recreation that always misses the mark.

The McCoys were from Dayton, Ohio, if the liner notes on Ace Records' "Smash Boom Bang: The Songs and Productions of Feldman-Goldstein-Gottehrer" are to be believed.