I heard the news of his passing only a few hours after Wendy and I had decided to get tickets for an upcoming Smithereens show at B. B.B. Kings.

A great musician and one of the nicest guys I ever knew. He and the 'Reens changed my life, literally. 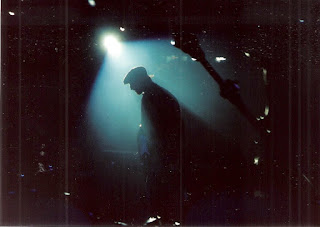 True story: Before his band got signed, Pat was working in some capacity at Folk City in the Village; one of his co-workers was friend of PowerPop Ronnie D'Addario (aka the father of the Lemon Twigs). One day Pat asked Ronnie if he wanted to write a song together, which Ronnie thought was a good idea, and so the two of them repaired to Pat's apartment and they sat around with acoustic guitars throwing out ideas. The following conversation, which I reproduce verbatim, ensued.

PAT: (playing a riff): Holy shit. Did you hear that?

Rest in peace, my friend.

UPDATE: Friend of PowerPop Phil Cheese just forwarded me this. 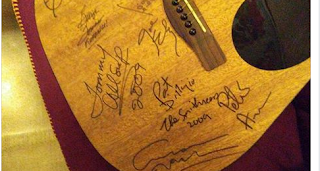 Such a shame. They were great. The last show we saw was truly memorable. --- Wendy

If I could ever write a song half as good as 'House We Used to Live in" my life would be complete.

Pat was a mensch.
The only famous rock singer who would curse at me from the stage and give me a hug after the show.
I am going to miss him.