Today We Are Another Video

From our just released (but recorded in 1982) live album Floor by Four... 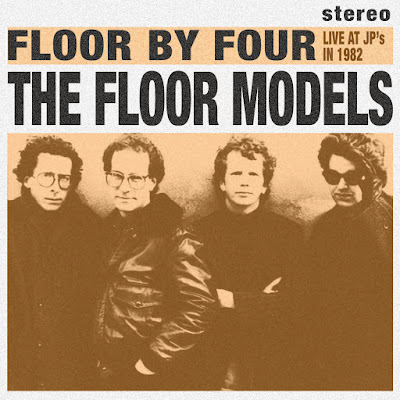 ...please enjoy the fabulous Floor Models and the official video for "Shadow of the Flame."

The above is from the same show as the video for "Free Advice" I posted last week. And as with that clip, the audio -- in glorious stereo -- was dubbed from a performance at the same venue taped five months earlier (the video shoot, alas, was in mono). And once again, kudos to our pal Steve Schwartz for synching the two more or less flawlessly.

I should add that the song itself is by lead singer/guitarist Gerry Devine, and it was an absolute gas to perform. I must admit, BTW, that I had not recalled it came in at a concise two and a half minutes. Apparently we really were a pop band.

Oh, have I mentioned that you can and should download the album over at CD Baby HERE? Or that it will be available at all the usual digital platforms -- Amazon, iTunes, Spotify et al -- by the end of the month?
Posted by steve simels at 9:13 AM