And almost in time for Passover, here's friend of PowerPop (and moi) Marc Jonson and his (dare I say infectious?) musical response to our current crisis, "Crank Up the Marshall."

Long-time readers know who Marc is, but just to reiterate, he's kind of a genuine power pop legend/cult figure. He's written songs that have been covered by The Roches, Dave Edmunds, and Robert Gordon; a little closer to home, he also wrote this song for The Floor Models back in the day...

...and graciously contributed the astounding background vocals when we finally got around to recording it last year. 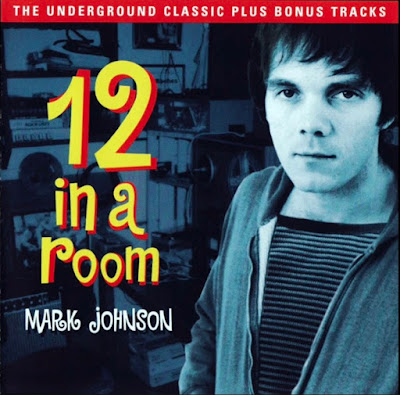 ...is an absolute genre masterpiece that should be in everybody's collection.

And that he will always be aces in my book for having sung the background vocals on Willie Nile's classic first album.

Oh, and have I mentioned that in 2018 he did this transplendent song in honor of the late great Pat DiNizio of The Smithereens?

I've said it before and I'll say it again -- I have been blessed over the years to have ridiculously talented friends.

And if I haven't said it before -- thanks Marc. For everything.

Thanks for reminding me about 12 In A Room. I listened to it again today. Great stuff.

Not to brag, but I got the ball rolling for the 12 in a Room NotLame reissue. Even wound up in the liner notes.

OK. Maybe I am bragging a little.

I'm hearing more than a little Bruce on that song. Or is it just me?

"Twelve In A Room" is not an album; it's a listening experience that is unique into itself.I
Marc's follow-up, "Last Night On The Rollercoaster," was stellar as well.

This Side Of Paradise said...

I released the Applehead Records edition of "12 In A Room" and also the "Mark Jonson & The Wild Alligators" record with Mike Mesaros, Drew Zingg and Wayne Kramer (among others)....You can find the Gators at marcjonson.bandcamp.com Marc and I are having a blast working on his new single "Across The Night", which drops in May. Hello all. Links: appleheadrecords.com marcjonson.com Facebook: @marcjonsonyears @appleheadrecords3