Oh, And In Conclusion, That Stupid Motherfucker Eric Clapton Can Still... 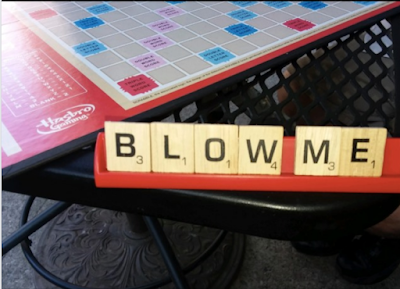 That said, I remain insanely enamored with this failed Cream single. 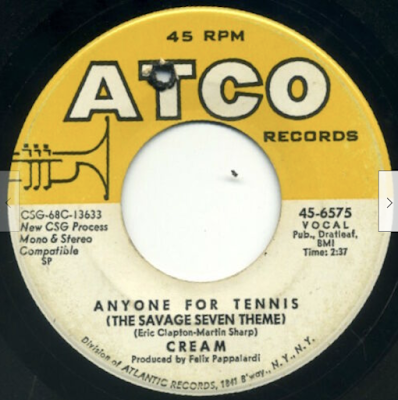 Originally written and released for a tacky American-International biker flick in 1968 (and, by the way, one of the very first 45rpm records released in genuine stereo).

And which you can behear, in breathless wonder, at the link below.

IMHO, the greatest cross between The Beatles and Procol Harum ever.

Much preferred in the beat-music-without-the-beat sweepstakes to, say, "Hole In My Shoe."

Never heard that before, I liked it.

Fits neatly into the 60s niche now known as "pop-psych."

"Anyone for Tennis" was one of Cream's greatest recordings.

My copy of the single also has the same drill hole in it. Maybe it was a big hit in the cutout singles market.

If I had to take a guess - 1968 was also the release of "The Village Green Preservation Society" - Tell those lyrics don't recall Ray Davies.
Just saying. :-)
Rob

"Yellow Buddhist monk is
Burning brightly at the zoo
You can bring a bowl of rice
And then a glass of water, too
And Fate is setting up the chessboard
While Death rolls out the dice
Anyone for tennis?
Wouldn't that be nice?"