All the Young PMs

From 1970 and their undervalued album Mad Shadows, please enjoy the incomparable Mott the Hoople and "Thunderbuck Ram." 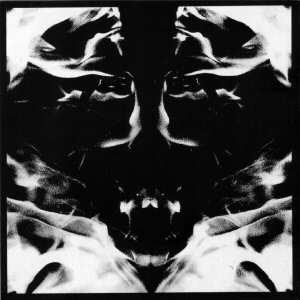 I've loved these guys for years, and by that I mean since way before David Bowie got his grubby little mitts on them; if you've never listened to their pre-Dudes stuff, particularly the eponymous debut album or Brain Capers, your life is really the poorer for it. And speaking of life, it is one of the great regrets of mine that I will not be able to attend any of the reunion shows -- with the original lineup! -- they'll be doing in October at the fabled Hammersmith Odeon.

As for "Thunderbuck Ram," you can download it HERE; as always, if the authorization has expired by the time you get there just e-mail me, blah blah. Incidentally, there's a great story about the song; seems that when organist Verden Allen heard an early test pressing of it and found his opening solo totally buried in the mix, he actually drove to producer Guy Stevens' house, knocked on the door and punched him in the nose.

There's another cool Mott story in the current issue of MOJO. The raconteur is Kris Needs, the president of Seadivers, the Mott Fan Club back in the day.

ONE AFTERNOON in early 1974 there was a knock on the door. "There's someone here to see you," said my long-suffering mum, already tired of dealing with bulging post-bags and strange phone calls, as the family home doubled as Mott's Fan Club HQ.

A very pleasant Asian girl said she was Seadiver 262 attending Oxford's Lady Margaret College. Driving through Aylesbury, she recognized the road name from LP sleeves and wanted to meet the man she'd been corresponding with these past months. Her name was Benazir Bhutto, the future Pakistan prime minister who was assassinated on December 27, 2007. He favorite Mott song was "All the Way From Memphis."

Amazing story about Ms. Bhutto. Such a small world sometimes.

Mick Ralph's guitar work on "Thunderbuck Ram" is the thunder of the gods. I guess my life has been poorer for not checking out those first four albums. Luckily I have time to catch up.

runescape accounts We never rest so that we can offer you the best. We're here 24 hours a day, 7 days a week. Get the most out of your game time and level with the best!

ahhhhh....perfect post to cheer me up on a bad morning! I LOVE Brain Capers and that story is truly amazing....

thanks so much for this blog!

i'm regretting leaving my asthma inhaler at home! that story made me hyperventilate! gwow!