Well, it's Friday and you know what that means. Yes, my Oriental Groinal Aerodynamics consultant Fah Lo Suee and I will be heading for the hills now that Attorney General Eric Holder has made the New York City area a terrorist target again. Seriously, what was he thinking?

As a result, posting by moi will be sporadic for a couple of days, or at least until we find an abandoned bomb shelter from the 60s. Preferably in Dayton, Ohio, which nobody, let alone a terrorist, would ever go to.

Most Memorable Post-Elvis Record Featuring the Name Johnny in the Title or Lyrics!!!

Totally arbitrary rules: I'm stretching this to include songs with the name John. Jack, however, is verboten. So bite me, Billy Joel and that "Captain Jack" shit.

Probably the closest the Spud Boys ever came to a conventional rock song, or power pop for that matter. Great stuff in any case. 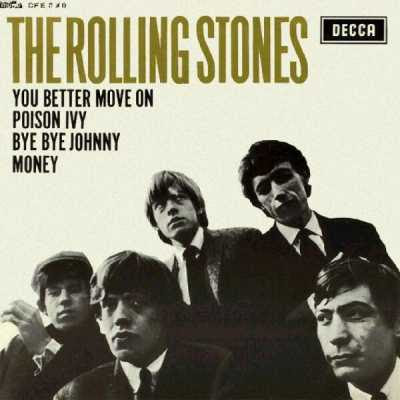 Chuck Berry's sequel to "Johnny B. Goode", obviously, and the Stones have owned it for years, at least live. This early studio version is a little more raggedy than most of their Berry covers, but it does have a certain atmosphere.

You know, with the benefit of hindsight, the term punk rock seems a bit of a misnomer for these guys. I mean, they seem so utterly traditional in a lot of ways (Billy Zoom's hot rockabilly guitar, for example) and I mean that in a good way.

3. The Mystery Trend -- Johnny Was a Good Boy 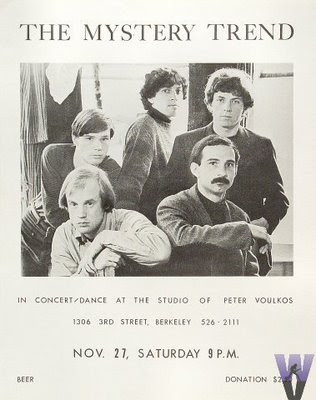 One of the more obscure of the original San Francisco bands, but one of the best (you can read a very good bio on them here).

Not actually nuts about this song (or the band, come to think of it) but since I can't find a Johnny song featuring Billy Corgan's pretentious cueball noggin, I thought it would be nice to have at least one entry recorded in this century.

And the numero uno tune about some young guy nobody calls Jack, at least in my presence, obviously is --

The best "Let's get this show on the road!" song in all of rock. I hadn't seen this live version before, but it totally kicks ass, and in stereo, so you're welcome.

[Shameless Blogwhore: My parallel Cinema Listomania -- today's theme: respectable but awful films you really wish had been eviscerated on Mystery Science Theater 3000 -- is now up over at Box Office. As always, if you could see your way to heading over there and leaving a nice snarky little comment, it would show management that I'm worth every penny of my truly exorbitant freelance rate. Thanks!]
Posted by steve simels at 12:00 AM

A. You took all the best ones
B. My list:

one of the survivors -- kinks (the continuing story of johnny thunder)

Here are some other good ones, I'll volunteer:

Starting with three (3!) from Liz Phair -

"Johnny Sunshine" from Exile in Guyville

"Dance of the Seven Veils", also from Exile
Bonus, a week late, includes an entry for last week's Listomania:
"He can probably skip the 'until death' part/ 'cause Johnny my love, you're already dead"

"Johnny Feelgood" from whitechocolatespaceegg
not up there with the first two, but not bad


Neville Brothers - "Brother John/ Iko Iko" from Fiyo on the Bayou - another two-song medley, to go with our early clue

The Beatles - "The Ballad of John and Yoko"

"Johnny and Mary" by Robert Palmer

I know it's corny, but I can't help but be moved by Dion's "Abraham Martin and John"

Another good one: "Johnny 99" by Springsteen.

Ooh -- I'd totally forgotten the Elton John. One of the few songs of his that I genuinely like, now that I think of it.

Johnny Too Bad - The Slickers

Johnny's In The Mines - The Individuals

John Barleycorn Must Live - The Minus 5

There's a song about John Agar?

And if you can't have Smashing Pumpkins you can have some Bowie - John, I'm Only Dancing.

Neil Young: My My Hey Hey ("This is the story of Johnny Rotten")

another one from Nuggets-
Farmer John - The Premiers

If I may add a few more favorites: Procol Harum's "Juicy John Pink" and "For Liquorice John", and the lovely "Spanish Johnny" by Waylon Jenkins & Emmylou Harris

Well, since I'm allowing lyrics, obviously I have to pimp for Spanish Johnny in Springsteen's "Incident on 57th Street."

The Slickers - Johnny Too Bad

Detroit Johnny don’t wear no tie, ‘cause he says it hurts his neck
He’s got a chick from Ecuador tonight
She wants to talk about the moon, she says it used to be her friend
But the doctors put an end to all of that
(A part of me is lost for good, do you really understand?)
“I do” says Johnny as he grabs her hand

- Out Come the Freaks, first Was/Not Was Album.

I love Bob Marley's beautiful "Johnny Was," especially the part when he sings:
"Ah, ah, la-da-da, Johnny was a good man..."

How could the greatest minds in American popular music have missed the unequivocally greatest "johnny song EVER:

You won't believe this (because I sure don't), but I'm currently ploughing my way through the 3-CD compilation by Booker T & The MGs, Time Is Tight. I'm on to CD 2 (don't worry, this anecdote will stop being boring shortly) and at the very moment I hopped on to this comments section to suggest a "Johnny" song -- this is the bit you won't believe -- Track 8 pops up. What is Track 8 on CD 2 of Time Is Tight, I hear you ask? It's "Johnny, I Love You".

But back to Time Is Tight. Track 9 just played ("Lady Madonna" -- nice) but now I'm listening to Track 10, "Mrs. Robinson", and it's fabulous. (I hadn't heard this version before.) It's incredibly fun-kay and, for me, quite possibly an improvement on the original.

Johnny's in the basement
Mixing up the medicine
I'm on the pavement
Thinking about the government
The man in the trench coat
Badge out, laid off
Says he's got a bad cough
Wants to get it paid off
Look out kid
It's somethin' you did
God knows when
But you're doin' it again
You better duck down the alley way
Lookin' for a new friend
The man in the coon-skin cap
In the big pen
Wants eleven dollar bills
You only got ten

Are you kidding? No one went for "Angry Johnny" by Poe?

Oddly, one of my dear friends and a local Northampton musician is named Angry Johnny. And his old girlfriend and also a friend, Amy Fairchild wrote a song when they broke up called Johnny with the lyric, Johnny don't be angry.

"the boy looked at johnny," the best libertines song.

and as long as we're including songs ABOUT johnnies, may i suggest ed sanders' "the iliad," the immortal tale of a redneck and his sour mash, johnny pissoff, who if he's still alive is probably planning a tea party appearance right now.