The Secrets of the Universe (An Occasional Series)

The opening chord of "A Hard Day's Night," deconstructed... 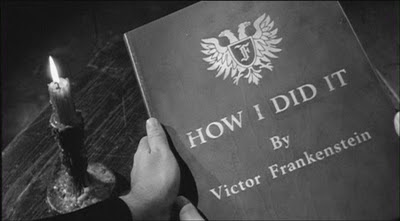 ...via Randy Bachman and Giles (Son of George) Martin.

According to at least one reference book I checked, there's a George Martin piano chord on the original recording somewhere, too.

But in any case, as Bachman says -- isn't that fantastic? I mean, seriously -- after the opening notes of Beethoven's Fifth, is there a more instantly and universally recognizable intro to a piece of music anywhere? I think not.

That does sound great, if all 3 of them were playing 3 different parts like that. Sounds about right to me. I always thought it was a G7sus4 chord. At least that's how I always played it, which sounded kind of OK too, on one 12 string with lots of reverb and echo.

That's fantastic. Like having one of life's great mysteries explained.

I think George Martin's piano doubles Harrison's solo in the middle; I don't hear one in the opening chord.

He's definitely there on the solo, but like I said, at least one reference book I've got says he's playing something on the opening crash. It could be buried so low in the mix that it's only there subliminally....

Incidentally, starting the song with a big chord was Richard Lester's idea. He thought the film needed an attention grabber right from the start....

Nice thing to start the week, thanks.

On "A Hard Day's Night Studio Sessions, Vol. 1" there are 21 takes and they flub that chord a number of times. It also evolves quite a bit.

Simels - An OT (and hopefully not obnoxious) Book Plug: Just finished reading my pal Tim Riley's new Lennon bio, and it's by far the best book that I've ever read on the Fab 4 and related. Meticulously researched and thoughtfully written - Joe Bob sez check it out. - bill buckner

It may be second only to finding a piece of the original slab of the 10 Commandments.

Still...I just can't figure out how to form that chord that George plays on the 12-string. Maybe it's my aging fingers, but holy fuck!

"Incidentally, starting the song with a big chord was Richard Lester's idea. He thought the film needed an attention grabber right from the start..."

According to Geof Emerick in his book "Here, There, &^ Everywhere" (a book in which he doesn't pass up a single opportunity to knock Harrison's personality and/or guitar playing, btw), Lester was a right pain in the ass throughout that entire session. I can't help wondering if the exclamation expressed by that chord was some sort of reaction to Lester's exhortations.

Steves, I'm trying to get that 12-string chord too. The way Bachman describes it, the basic form is a barred F chord on the first fret. Then add the G on the little E string, and add the G on the bottom E string, and the C on the A string (which means barring those two with your ring finger, maybe?). Can someone help here?

Weezie, barring the low G and the C with the ring finger is the only way that I can see to do it. Unfortunately, I can't. Hope you have better luck than I.

Two ways: Start with an F barre chord, use your ring finger to barre the E,A, and D strings to make G,C, and F. Your pinkie plays the G on the top.
Or, first finger C on the B, index A on the G, ring bars the G-C-F on the bottom, and pinkie G on the top.

Or just bar the third fret completely. That works with a D7 suspended 4 (f sharp to g) on the other guitar. I remember reading about an f natural in there, and I just do not hear it.

Here is a video that has the keyboard playing the f naturel.

To my ears, the chord played in your video sounds closer to the real animal.