The Way They Weren't

So I was going through some of my old clippings the other day when I chanced across this (I think) amusing little interview with a bunch of sci-fi novelists, from the cyberpunk school, that I did in 1987 (on the occasion of the publication of an anthology called Mirrorshades). 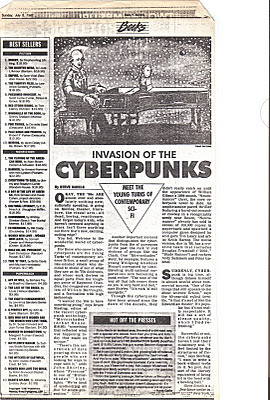 If you click on the image above you can enlarge it to the point where you can actually read the piece, but the reason I'm bringing it up is because Bruce Sterling -- one of the cyberpunks in question -- went on to write a really remarkable short story a few years later, one of whose protagonists was World's Greatest Rock Critic© and star of last week's Some Girls marathon Lester Bangs. 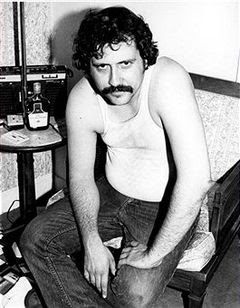 In case you're wondering, the other protagonist of the story was a real-life underground cartoonist named Dori Seda... 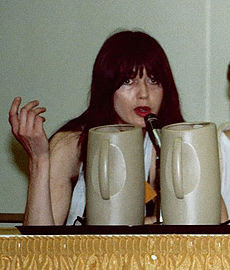 ...who also died young (and around the same time as Lester). And I can say, pretty much unequivocably, that even if you know nothing of Bangs or Seda (and I must admit I hadn't heard of her at the time I first read the story) you'll find Sterling's alternate universe recounting of the shared history they actually never had both very funny, very savvy about the workings of pop culture, and ultimately very moving.

You can download a PDF of Dori Bangs at the link here, and I think you'll be glad you did.
Posted by steve simels at 12:09 AM

Hey, there's a copy of Mirrorshades on the shelf behind me. Hardback, no less.

It's an astoundingly good story. IMHO.

I really like this. I've only read a few of his short stories before, but I'll have to check out more of his work.

I also recommend Lewis Shiner's novel Glimpses, in which the protagonist travels back in time to enable the completion of classic lost albums like Smile, Celebration of the Lizard and First Ray of the New Rising Sun. Much better in concept than execution, but worth reading for fellow rockgeeks

I love Glimpses. I'd rate the execution a bit higher than you, probably, if only because of the multiple skeins Shiner's weaving into the narrative: failed dreams, lost pasts and lost futures, friendship, romance, music, parents, death, the divine. I read it about every two years or so and find it more moving each time.