Singer/songwriter/multi-instrumentalist Nelson Bragg is -- apart from being the long-time percussionist in Brian Wilson's touring band and currently providing the same service on the surprisingly wonderful Beach Boys reunion tour -- one of the first people I reviewed here after NYMary gave me the metaphorical keys to the car back in 2007.

Bragg's first album -- Day Into Night -- absolutely knocked me out at the time...

The basic musical template of the record is airy-sounding massed acoustic guitars overlaid with jangly twelve-string, choirboy harmonies, and the occasional strings, horns, recorders, discreet keyboards, and pedal steel; if you're thinking early America or George Harrison's All Things Must Pass, you wouldn't be off the mark. (The album's only cover is a lovely version of "Dark Sweet Lady," from Harrison's eponymous 1979 solo album, which on the basis of Bragg's take I'd say must be better than I remember). There are also little nods (perhaps unconscious, perhaps not) to Paul McCartney, the Zombies, the Millenium, and Todd Rundgren, but the album has its own personality in spades.

...and my opinion of it hasn't changed since then. What HAS changed, however, is that Nelson has now been kind enough to allow me to post a song from it. So please enjoy the absolutely gloriously melodic opening track "Forever Days." 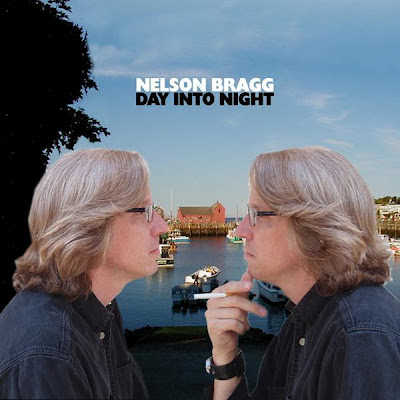 I bring all this up because Nelson's got a new album out and, in many ways, it's even better than Day Into Night. In the sense that the songs are equally fab, but the overall approach is slightly harder rocking and power pop guitar oriented -- think The Hollies circa "You Need Love" and some of Bill Lloyd's stuff.

Here's the opening, and quite kick-ass, "You Could Believe," to give you an idea of We Get What We Want's world-class smarts and melodic charm. 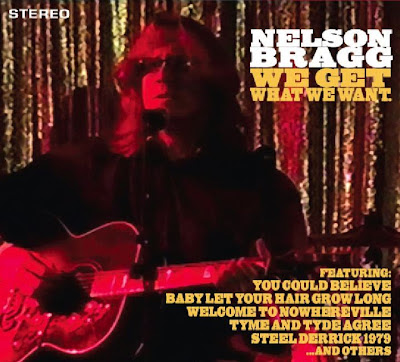 Bottom line: If Shoes' Ignition wasn't about to drop momentarily, this would be my early candidate for record of the year.

In any case, you can -- and definitely should -- order We Get What We Want either over at Amazon or directly from Nelson's website.

You're welcome very much, BTW. 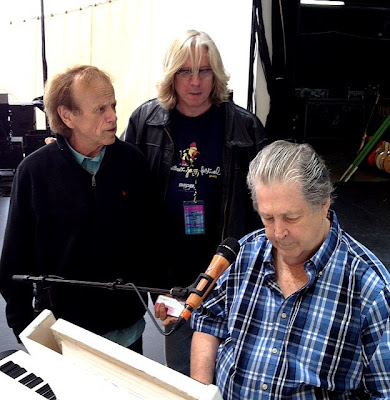 Warms the cockles of this old fan's heart.

Another purchase. I need a second job at this rate!

Well that was pretty damn great!

The guy's the best kept secret in the West.
:-)

I guess this isn't directly relevant to the quality of the CD, but just have to share what a nice guy Nelson is, and how kind and accessible he (and Probyn and Darien) is to Brian Wilson/Beac Boy fans. It's easy to forget how brilliant these guys are as soloists. Thanks for the richly-deserved review.

The cover of the new album is such a throwback! I'm sure that's on purpose ...

Great stuff!! More hooks than a tackle box as they say.

Nelson in an Ear Candy interview:

E.C.: What has been your favorite Brian Wilson moment?

Nelson Bragg: Watching him give up trying to quiet down the London audience at the end of the SMiLE premiere back in early 2004. He just gave up and flashed the audience the “OK” sign with his hand. The HBO documentary “Beautiful Dreamer” captured that moment and also caught my reaction to it. I look like bugs bunny: big smile, front teeth sticking out! It was magic, as if as though we were seeing the demons rise out of his body and into the void. I'll never, ever forget it.

Looks like Mike Love is up to his old tricks...

i guess mike's share of the royalities is drying up and he needs to pimp the past to keep the young wife happy.

Stuff like this is why I read the misc ramblings in the '70's and run by here today. Great music.

Thanks again, Steve. For turning my ears toward an artist who stops me in my tracks. Again, as it was decades ago the last time I remember it happening, via Stereo Review, when you wrote--and I think this is (nearly) verbatim: "This is the best album ever made," re: Tonio K. ... Different sound, this, but...my ears are different too...