Forgot to mention that all around swell guy, friend of PowerPop and frequent commenter (under the moniker Phil Cheese) Phil Cheesebrough is kicking off (as promoter) an interesting concert series for those of you lucky enough to live in Paris, France Dayton, Ohio ce soir. 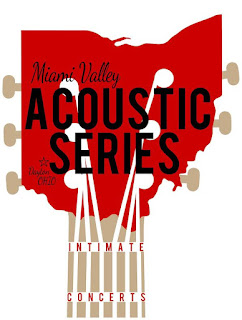 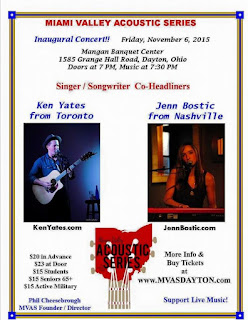 Phil's the guy who hipped me to the incomparable Liz Longley, so I trust his taste implicitly; if he says the two performers in the flyer above are great, I have every confidence that they are (actually, I've heard one song by Ken Yates, and I was shall I say highly taken with it). In any event, god bless Phil for being a patron of the arts in his hometown.

I should add I'm informed that the music the show's attendees will have to listen before the concert begins and during the intermission will include three Floor Models tunes (including "Letter From Liverpool"), something by the original Byrds, and a track by our mutual chum Peter Spencer, which means the show's already good before any of the live stuff even starts.

Seriously, if you're somewhere in the mid-west this evening, stop by the show. You can find out all the pertinent details about tonight's performance (and future ones) over at the official concert series link HERE.

[P.S. to Phil: Dude, the Dayton/Paris thing is a major in-joke that I don't want to bore everybody here with; I'll explain it to you on the day we finally meet in person.]

I'm proud of you too Cheese! I hope to get to some of these shows sometime very soon.