I Bet You Really Miss Those Reagan Years. John Hughes Movies and Tears for Fears.

From 1991, please enjoy pride of New Jersey alt-rockers Dramarama and an absolutely sensational cover of the Not Really a Stones Song Even Though Mick and Keith Wrote it "Memo From Turner."

I bring all this up because we had brunch over the weekend with some friends who had just attended a Those Fabulous 80s nostalgia concert, and it sounded like fun. 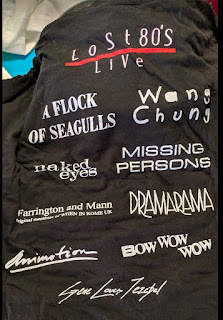 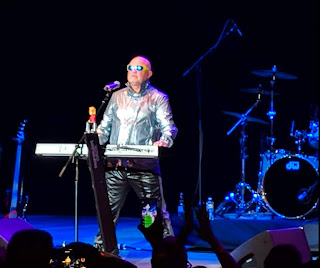 I will confess at this point that most of those groups never did it for me, although I have a sneaking affection for A Flock of Seagulls; I have been saying for years that some smart country band could have a huge hit covering their "Wishing," which is a ravishingly beautiful song that, when stripped of the New Wave synths and guitars, could pass for Buddy Holly. And I loved Dramamara, and always regretted not seeing them live back in the day.

I should add that you should rent this obscure but very funny 1999 Will Ferrell film...

...about a fictional 80s one hit wonder band that gets back together and winds up opening for -- you guessed it -- a reunited A Flock of Seagulls (playing themselves).

Also: a coveted PowerPop No-Prize will be awarded to the first reader who identifies the song the title of today's post derives from.

As for "Lost 80's Live" I will bite my tongue and think of my 1980's: Richard Thompson, Blasters/Dave Alvin, Los Lobos and later in the decade Lucinda Williams.

Dramarama was great live one time I got to see them on the tour of that album.

I heartily disagree with Captain Al concerning "Memo".
It's not a travesty, but I hear none of the malevolence lurking in the corners of the original which make it so compelling.
And it doesn't swing.

As for Lost '80's Live, I'm not sure which is worse, that lineup or Jimmy Buffett and The eagles.

However, My '80's and Captain Al's sound quite similar.

"The Suburbans" is streaming on Crackle this month, if you don't mind Crackle's running of commercials every 10 minutes.