Depending on which news reports you read, Fountains of Wayne co-frontman Adam Schlesinger... 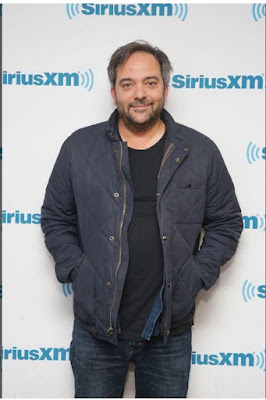 ...(or, as I usually refer to him, Fountains of Wayne co-frontman Adam Schlesinger, who is a goddamn genius) is down with the virus, and either on a respirator or in a medically induced coma.

Words fail me, especially as I had been listening to this masterpiece of his literally hours before somebody sent me a link to one of the news reports.

Look, I am well aware that the title of this here blog is PowerPop, not Pissed Off Lefty, so I'm not gonna belabor the point but -- fuck you, Trump voters. If Schlesinger does not recover, this is fucking totally on YOUR heads, just like every other death from the virus so far.

Oh, and have I mentioned fuck you, Trump voters? And also fuck you every pretend progressive who told us we had to understand the economic anxiety of those Trump voters, who really weren't simply moronic bigots, neo-Confederates and neo-Nazis so it was alright for them to not vote for Hillary because her e-mails?

IMHO, when they were together, they were the #1 or #2 top active band in the US. Another case of "should've been huge."

As for your rant, Steve, consider it seconded.

This is not good. And while we're on Fuck-you-Trump-voters, how come there are no anti-vaxxers complaining that the search for a COVID-19 vaccine 1. is a waste of time, and 2. will like cause autism, and 3. that the coronavirus itself is a hoax.

Mark, that had crossed my mind as well😀

Trump and bullshit goes together like traffic and weather

Fuck you, every Trump voter. And fuck you every pretend progressive who made exuses for Trump voters or justified anybody not voting for Hillary because Bernie in 2016.

Adam Schlesinger's blood is on your fucking hands, and you know who you are.

Steve you are so right on. Yes, Adam did pass away today, it's a bloody shame and we shouldn't be here, this far, so far behind. What a freakin' talent Adam was. Saw him in FOW twice and once with Ivy. He will be very sorely missed.
This really sucks.